Biden's dog 'nipped' at the hand of Secret Service agent — and the story was blown out of proportion: report 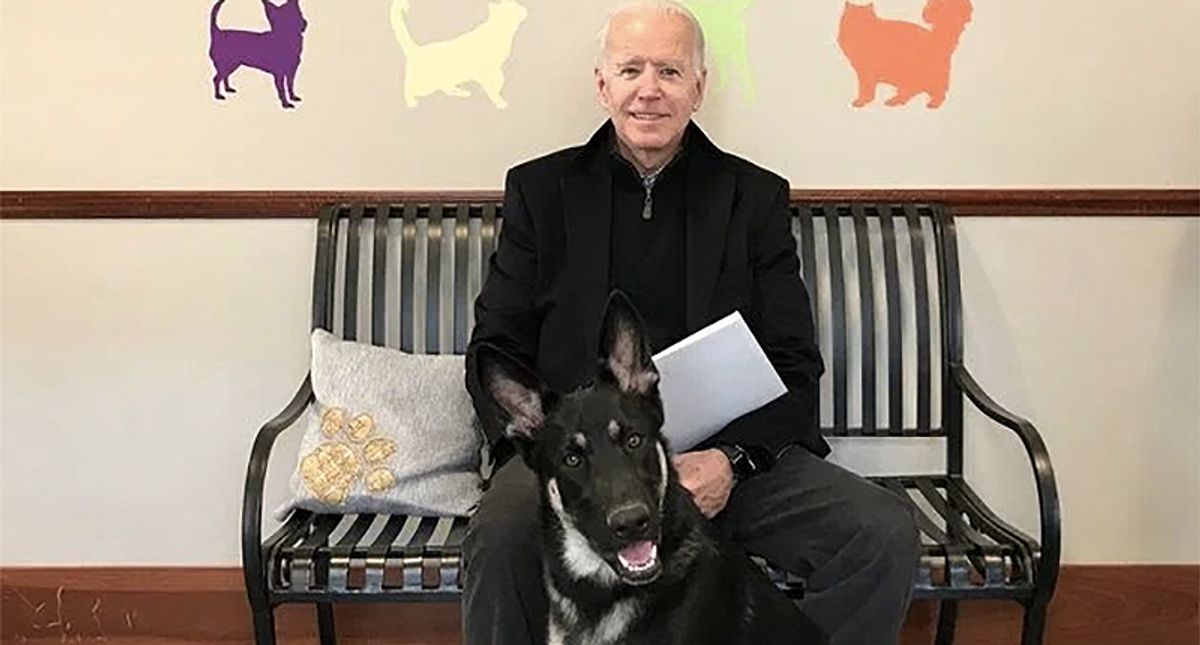 A story Monday about Major Biden, the first family's youngest dog, said that the furry friend "charged" and "bit" someone at the White House. The CNN story claimed that Major was being taken back to Deleware and has been overly aggressive.

It was a claim that was disputed by the "Oval Pawffice," an informal account for the pups run by a Biden aide and ally.

NBC News reporter Kirsten Welker reported a statement from a Secret Service official who explained Major Biden "nipped" at an agent's hand and "no skin was broken." This source explained that it was "an extremely minor injury."

How the story got so blown out of proportion wasn't addressed. However, the tongue-and-cheek Pawffice also released statements explaining the incident translated from dog to human.

Major Biden is three years old, and according to stories from his father, the president of the United States, enjoys a ball and a good game of fetch.