'She was elected!' Maria Bartiromo throws a fit at Mitch McConnell for denouncing Marjorie Taylor Greene 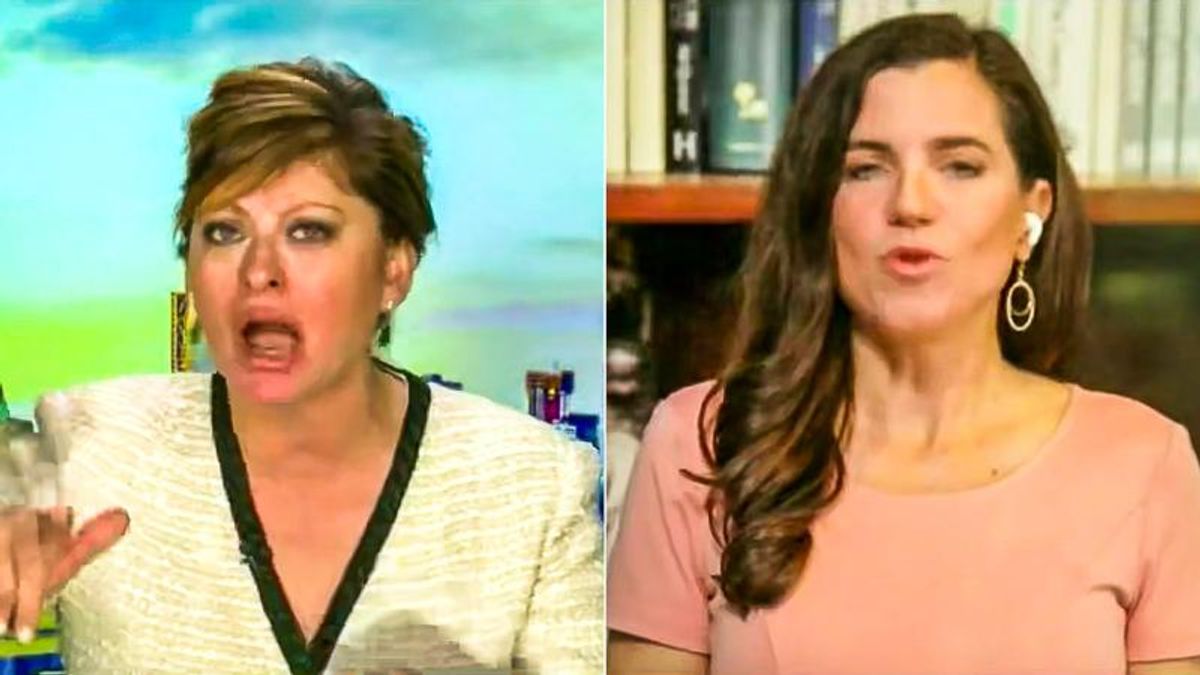 In a statement that did not specifically name Greene, McConnell said that her "loony lies and conspiracy theories are cancer for the Republican Party and our country."

“Somebody who's suggested that perhaps no airplane hit the Pentagon on 9/11, that horrifying school shootings were pre-staged, and that the Clintons crashed JFK Jr.'s airplane is not living in reality," he added.

On Tuesday, Bartiromo seemed exasperated by McConnell's condemnation of the Georgia Republican.

For her part, Mace said there needs to be an effort to "rebuild the Republican Party after the events of Jan. 6th."

But Mace also claimed that there are "crazies on both sides of the aisle" before pointing to statements made by Rep. Maxine Waters (D-CA).

Bartiromo agreed with the attack on Democrats.

"You make a good point because Marjorie Taylor Greene is an elected official!" Bartiromo exclaimed. "She was elected by her constituents and we know Maxine Waters said back in 2020 -- Maxine Waters went in front of a podium and said if you're in the movies, if you're in a restaurant, if you're at the gas station and you see Trump officials, get in their face, tell them to get out, that they're not wanted here!"

"Maxine Water said all that," she continued. "Get in their face was her comments. Where was Mitch McConnell then? Did Mitch McConnell call her a cancer to the Republic?"