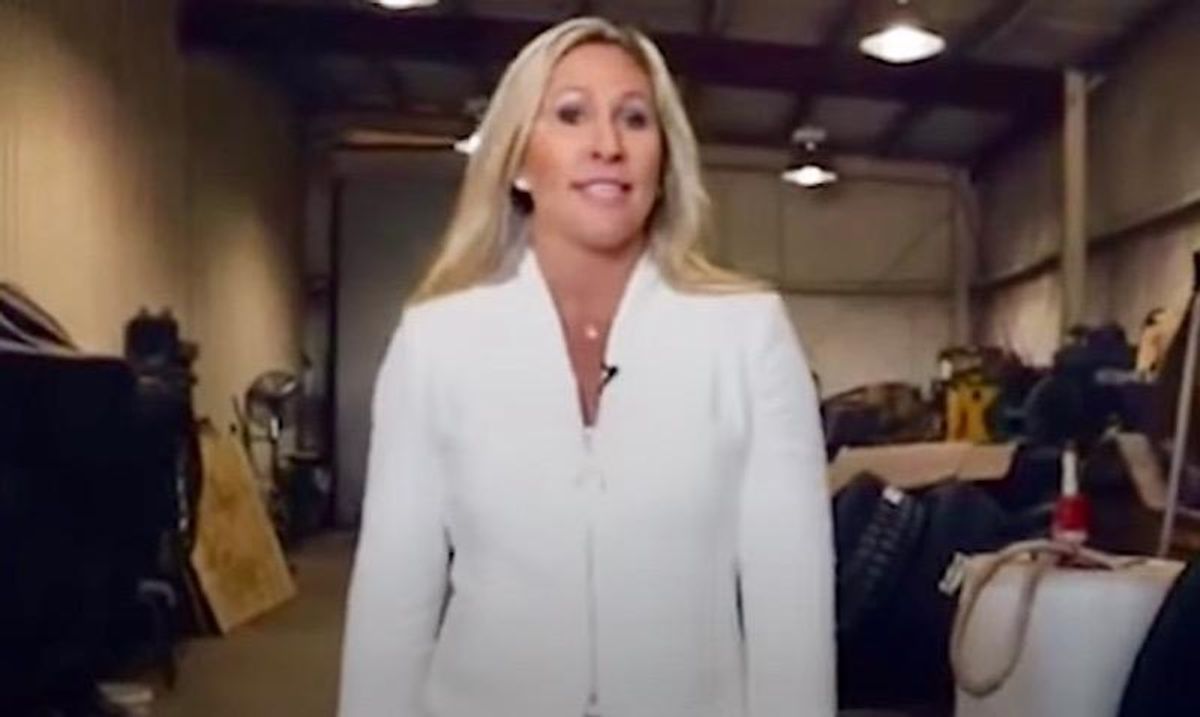 At one point, Greene suggested that other members of Congress are not qualified to be in their roles.

"When I got to Congress, I found out ... here's why the business — it's a business, that's what Congress is, it runs the country — this is why this business is failing ... because most of the people there are not qualified to be there," she said.

Greene was stripped of her House committee assignments shortly after taking office, as punishment for past social media endorsements of the execution of prominent Democrats.

At another point, she and Carlson joking speculated that House Speaker Kevin McCarthy (R-CA) might be in a homosexual affair with Frank Luntz, a longtime Republican pollster who has been critical of former President Donald Trump. "I was more curious, like, who gets the top bunk and who gets the bottom bunk," she said in response to Carlson saying, "Were you shocked to learn they share a toothbrush or are roommates or whatever?"

Tucker: Were you shocked to learn they share a toothbrush or are roommates or whatever? Greene: I was more curious… https://t.co/gvMdlJL1r2
— Jake Lahut (@Jake Lahut)1620248459.0