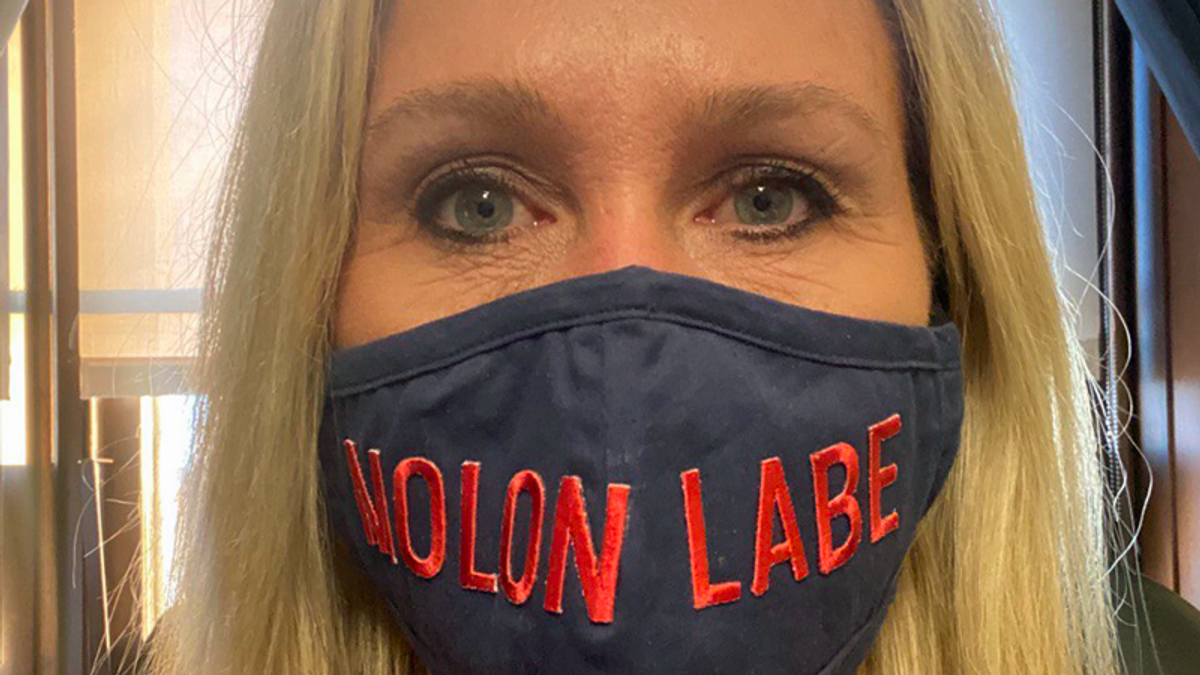 Now Rep. Marjorie Taylor Greene (R-GA) is getting in on the political act.

One day before the insurrection to overturn the election, the first-term member of Congress appeared on Newsmax, where she pushed the big lie that there was a "fraudulent, stolen election" and spoke of the effort to reject the will of the voters as "our 1776 moment."

Even after the insurrection failed, the woman known as the "QAnon congresswoman" voted to overturn the election results. But in a statement released Saturday, the Georgia Republican attempted to distance herself from the violence that was inspired by election fraud conspiracy theories.

"As we head into Inauguration Day next week, I call on the 75 million Americans who voted for President Trump to peacefully and patriotically oppose the policies of the incoming left-wing administration and Congress," she wrote, dramatically rounding up Trump's 74,222,959 votes and ignoring the 81,283,074 votes for President-elect Joe Biden.

"But under no circumstances will violence of any sort be tolerated in our opposition to the Democrats' Socialist agenda. If you hear of someone wanting to commit violence, or if you see someone committing a violent act, contact the nearest law enforcement authority.

Even though Donald Trump incited an insurrection with his lies about election fraud, she went on to praise his patriotism.

"President Trump showed us what patriotic leadership looks like the past four years, and I will fight for Americans First going forward," she argued.