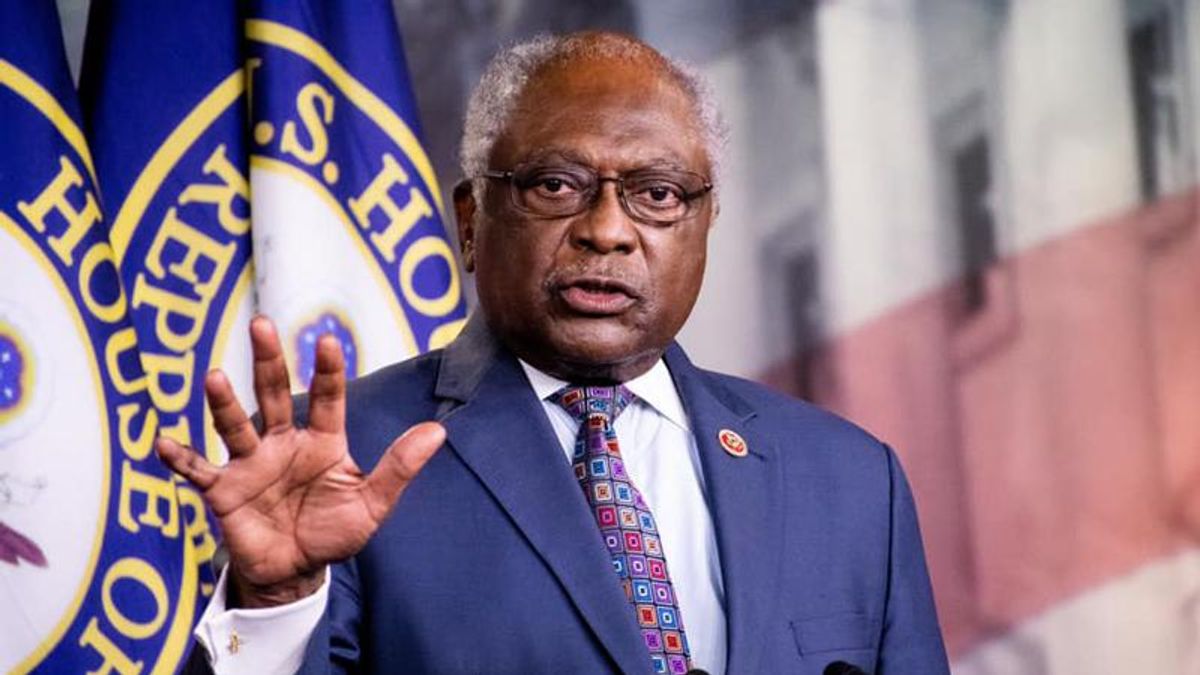 "We have a responsible of debunking this foolishness. Nobody believes that, they don't believe that. They just feel that this is one way to rile people up," Clyburn said.

"I believe some people do believe it, congressman, candidly and respectfully, sir, I do think some of them believe it," Acosta said.

"Well, I respect your position on that, but I've been in this country a long time — next month I'm going to celebrate my 81st birthday — and I can tell you, they really don't believe it," the House Majority Whip said. "They think it's a tool they can use to separate people. They know better than that."

"Marjorie Greene, whatever her name is, she really does not believe that stuff she's saying. She is saying the stuff she thinks will rile people up, because they really would love to see this country, the people, turn against each other," Clyburn said.