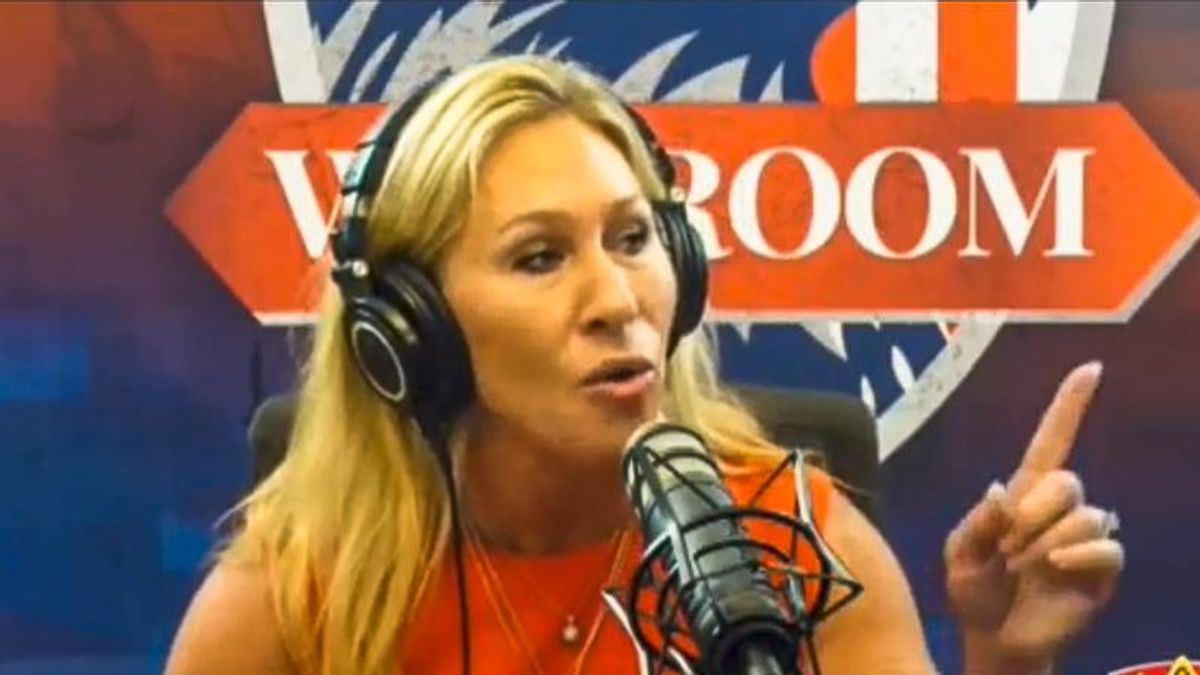 Rep. Marjorie Taylor Greene (R-GA) on Monday reacted to the Food and Drug Administration's approval of Pfizer's Covid-19 vaccine by suggesting it was part of a conspiracy to distract from U.S. withdrawal from Afghanistan.

During an interview on Real America's Voice with host Steve Bannon, Greene explained her conspiracy theory.

"Do you want to know why you are at home right now being overwhelmed with the news, overwhelmed that the Pfizer vaccine has been FDA approved early?" she said. "It was supposed to be approved after Labor Day but magically is being approved today because President Joe Biden said to speed it up. Speed it up."

"Are you actually accusing the president of the United States of having influence from the White House to get the FDA to do it today because the bottom is falling out of his administration?" Bannon asked.

The lawmaker repeated her call for President Joe Biden to be impeached.

"Don't be afraid of a Kamala Harris presidency if we impeach Joe Biden and I'll tell you why," she continued. "The Democrats didn't want her to be president in the first place. She got less than 2% of the presidential primary vote. She's impeachable too. And guess what? If she became the first woman president this way, it wouldn't even count. It wouldn't be legitimate because we didn't elect her."