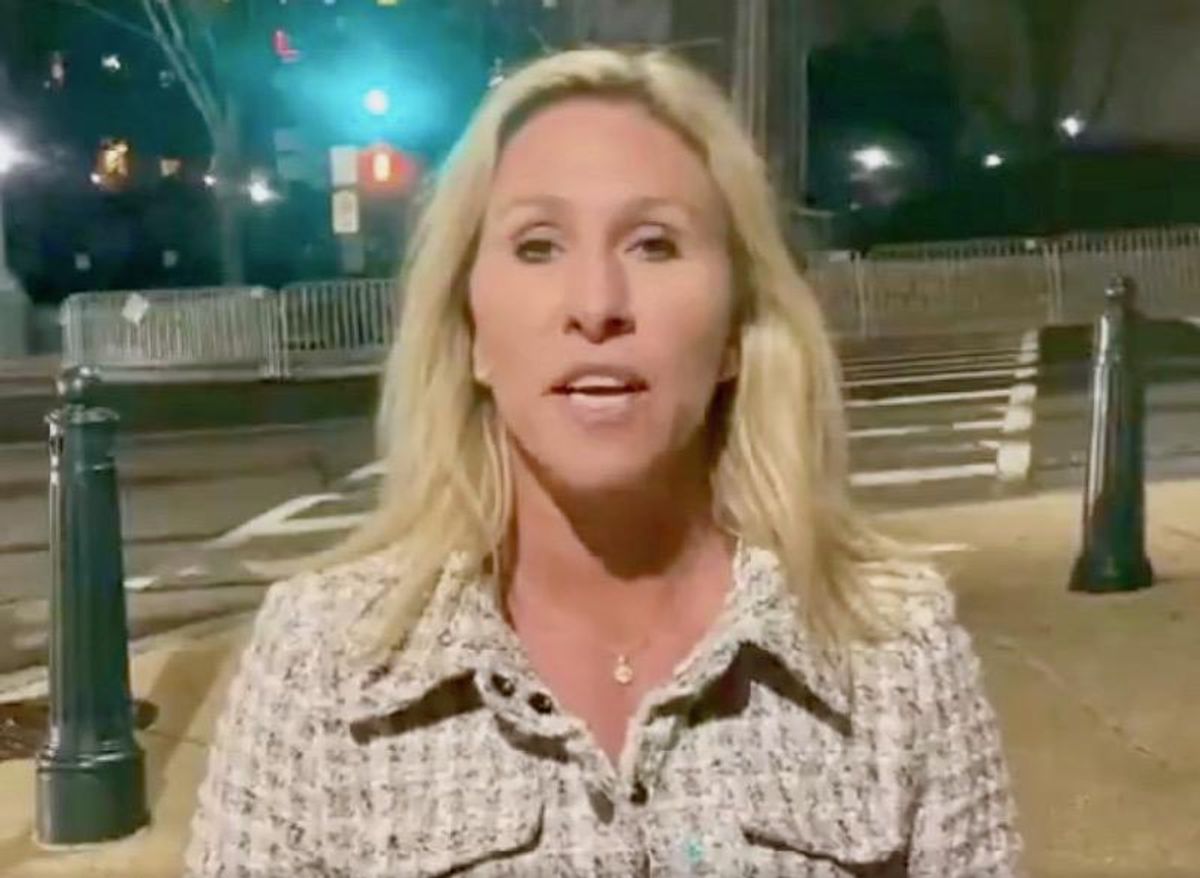 As Igor Volsky, co-founder of Guns Down America, explained, the text of the bill "literally states" that there isn't a registry.

"Nothing in this Act, or any amendment made by this Act, shall be construed to authorize the establishment, directly or indirectly, of a national firearms registry," it says on page 5.

Greene was removed from the committees she was appointed to about a month ago on Feb. 4. Presumably, her lack of committee assignments would have given her time to read the first five pages of the legislation.

Greene said another bill, H.R. 1446, would prevent people from owning guns permanently. In fact, it was crafted to close the "Charleston Loophole," which is when a firearm is transferred to someone if the background check is not completed within three days. Gun activists complain that all the government would have to do is delay the background check for more than three days to stop all gun trades between individuals.