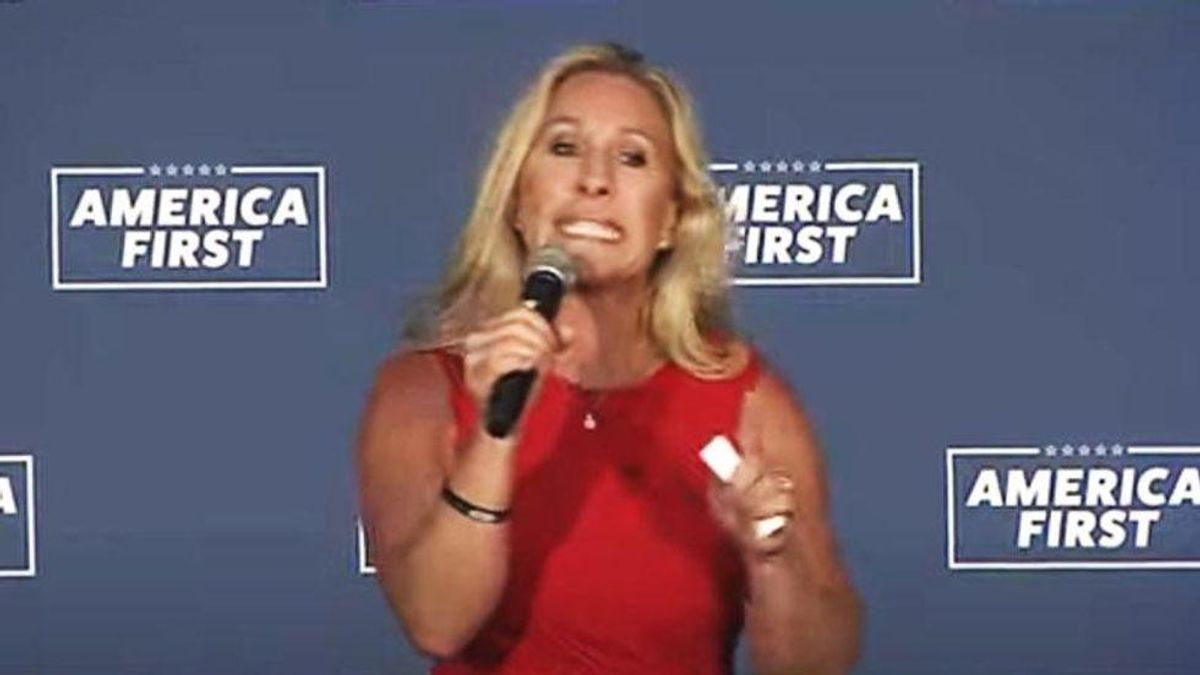 Rep. Marjorie Taylor Greene (R-GA) has continued to push the livestock dewormer ivermectin on Twitter Sunday, though it is unclear if she is taking the drug too.

Greene, who has refused to say whether or not she is vaccinated, claimed that the dramatic increase in poisonings due to ivermectin was a lie.

NPR reported Saturday that the National Poison Data System (NPDS), which collects the data from the poison control centers around the United States, said there has been a 245 percent increase in exposure cases from July to August — from 133 to 459 thus far. The NPDS reported 1,143 ivermectin exposure cases between Jan. 1 and Aug. 31, so a jump to 459 is a substantial increase.

"Meanwhile, emergency rooms across the country are treating more patients who have taken the drug, after being persuaded by false and misleading information spread on the internet, by talk show hosts and by political leaders," said the report. "Most patients are overdosing on a version of the drug that is formulated to treat parasites in cows and horses."

Greene claims all of that is false.