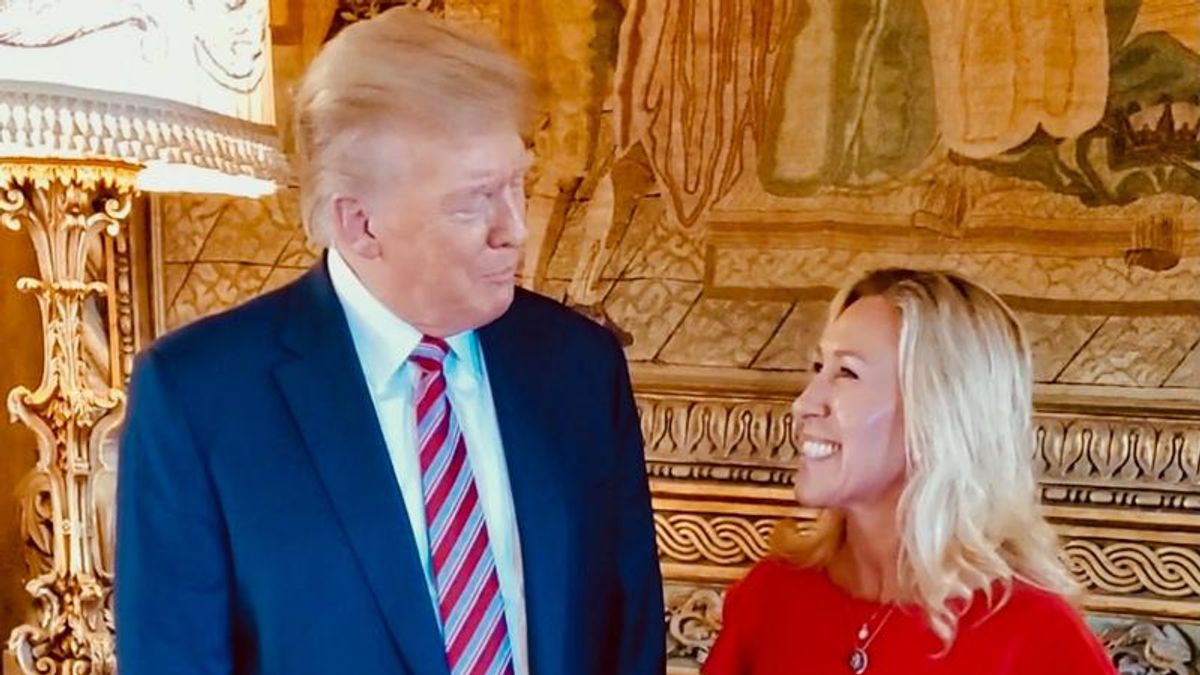 The split in the Republican Party between supporters of Donald Trump and traditional conservatives cannot be mended, Rep. Marjorie Taylor Greene (R-GA) argued on Monday.

Greene posted a thread on Twitter defending embattled Rep. Matt Gaetz (R-FL), pushing the conspiracy theory that the allegations against him were "a coordinated attack from the deep state and the media, which also has an interesting timing bc it came after he stood with the people against Liz Cheney."

"It's also interesting that George Bush has entered the scene. Cheney, Bush, Neocons, and many never trumpers all on the move to take over the Republican Party. And Cheney says she might run for President in '24. It's not hard to see what's going on," she argued.

She said the split was unrepairable.

"But the disconnect between Republican voters and the old guard can't be repaired. They are more aligned with Biden, the progressive communist, the globalists, the deep state, and the media than they are with the people," she wrote. "So about that silence from Republicans. Very telling..."