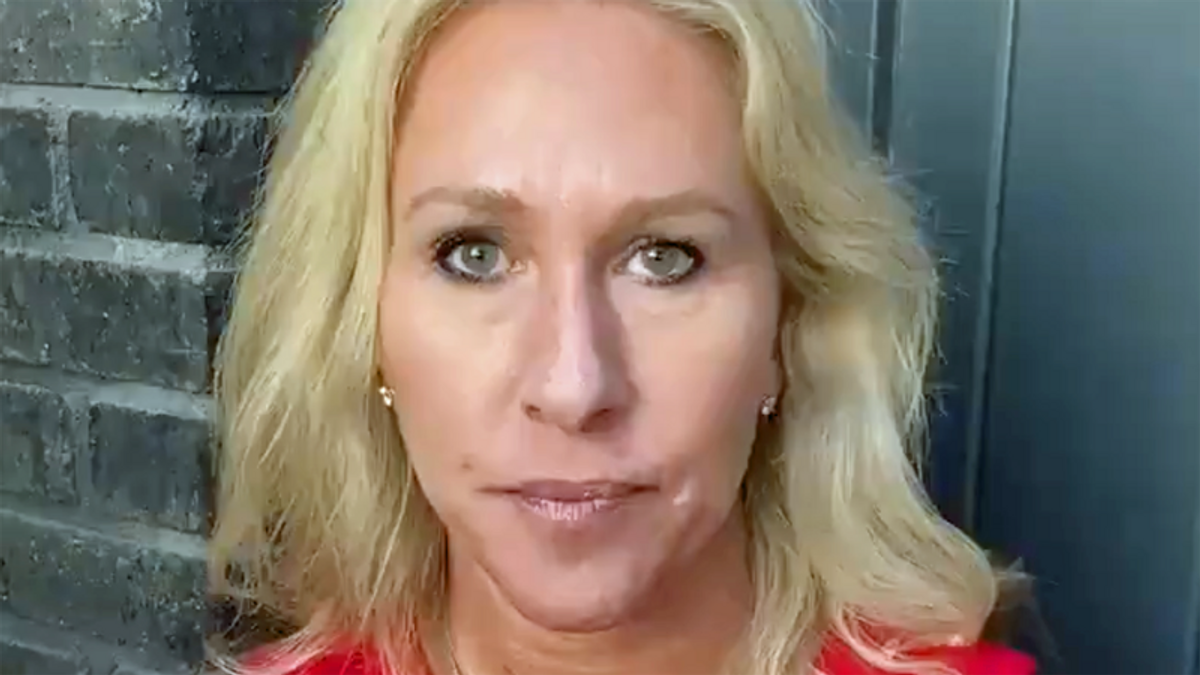 Controversial Rep. Marjorie Taylor Greene (R-GA) complained about "communists" on Friday after she and Rep. Matt Gaetz (R-FL) faced backlash over plans for an "America First" rally in California.

The two were disinvited from a location in legendary GOP stronghold of Orange County. After failing to find another venue in the OC that would take them, the two moved the spectacle to Riverside County.

But even after securing a second venue, the two faced protests as they were holding their event at the city-owned convention center.

The Riverside newspaper the Press-Enterprise explained why there was backlash against the two.

"Gaetz, who represents a Florida House district, and Greene, who represents one in Georgia, are known for their staunch support of former president Donald Trump, their rejection of COVID-19 safety measures and their false belief that the 2020 presidential election was stolen," the newspaper explained.

It listed specific complaints about Greene.

"Greene also is known as a conspiracy theorist who has written pro-QAnon articles and reportedly said 9/11 was a government plot and that a California wildfire was the work of a 'space solar generator' controlled by a Jewish banking family, among others," the newspaper explained. "Video clips have surfaced of her espousing racist and Islamophobic views, and a recording showed Greene, who has reportedly claimed the government orchestrated several mass shootings to gin up support for gun control, following and taunting a survivor of the 2017 school shooting in Parkland, Florida."

The newspaper also characterized why Gaetz is politically toxic.

"Gaetz, who has said leftist radicals posing as Trump supporters were responsible for the Jan. 6 Capitol riot, is under investigation for an alleged sexual relationship with a 17-year-old girl. He has denied the allegations and said he's the victim of an extortion plot," the newspaper reported.

On Friday night, Greene posted a video complaining about "communist Democrats" and vowing that the rally would go on.