WATCH: Marjorie Taylor Greene fan says Taliban win could be used as model for 'patriots' to take over US 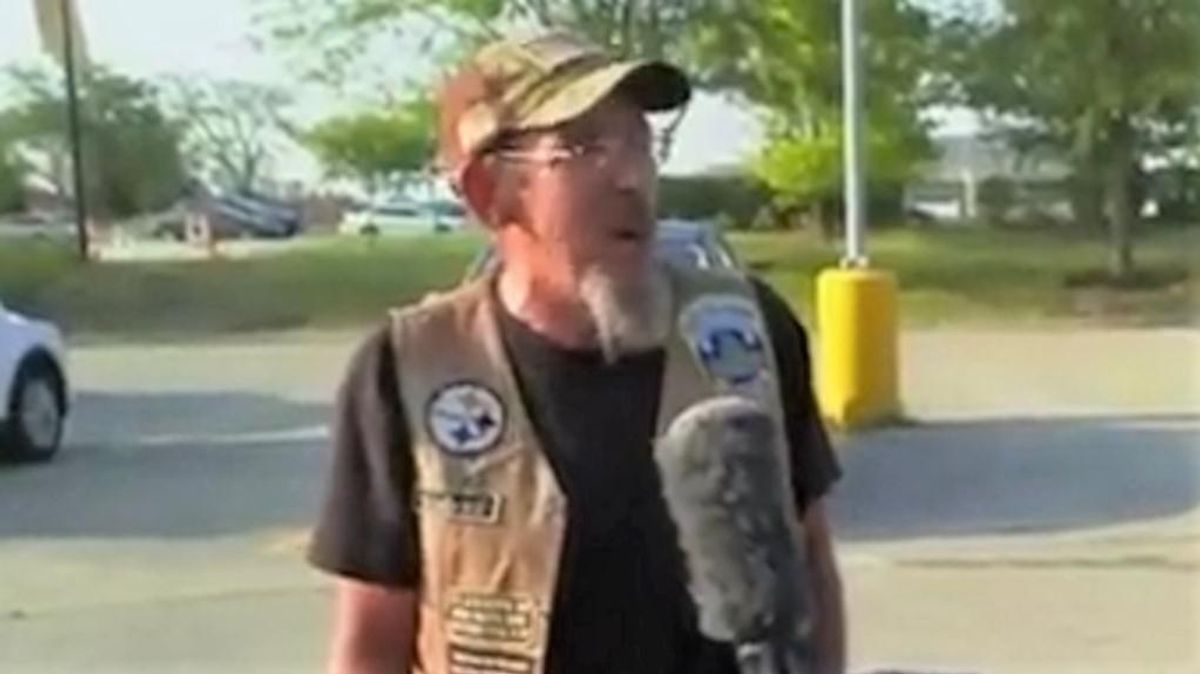 A fan of Rep. Marjorie Taylor Greene (R-GA) this week told CNN's Donie O'Sullivan that the Taliban's success at taking over Afghanistan could be used as a model for American "patriots" to overthrow the United States government.

While speaking outside of a Greene event in Iowa this week, the Greene supporter made an ominous proclamation about the potential of future political violence in the United States.

"There's millions of guns here," he said. "You know, it took eleven days for them to take over Afghanistan. Just ask... how many days it'll take for the patriots to take over this country."

"You don't want that to happen here, do you?" he asked.

"I don't want it to happen!" the man replied defensively. "But if our country and our government and our Congress and Biden don't get their heads out of their butts, it's going to happen! I assure you, it's coming!"

The man then explained why he would never get vaccinated against the novel coronavirus.