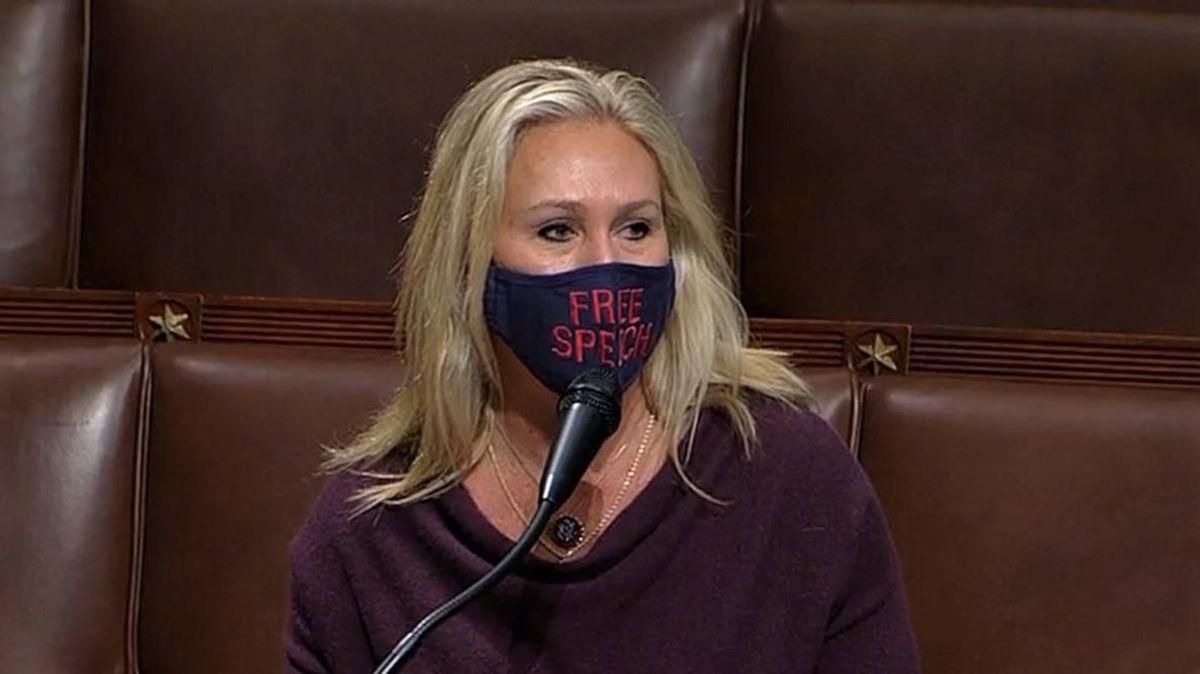 Rep, Marjorie Taylor Greene (R-GA) was locked out of her Twitter account on Sunday after the company said that she violated its rules.

Greene was reportedly prevented from tweeting for 12 hours. The punishment comes just days after Greene suggested in a tweet that her workout routine was a suitable replacement for a COVID-19 vaccine.

But conservatives linked Twitter's action to an Easter-themed tweet in which Greene proclaimed: "He has risen."

"Jesus has Risen!! Wan to suspend me too?" one commenter wrote. "I don't always agree with Marjorie Green but come on now. I'm pretty sure that doesn't violate anything but keep on silencing anyone you disagree with. PS. That is what Hitler and other dictators did too."

"Let me guess...Twitter suspended Marjorie Taylor Green suspended for posting 'He has Risen!' because their fact checkers couldn't find any eye witnesses," another person wrote.