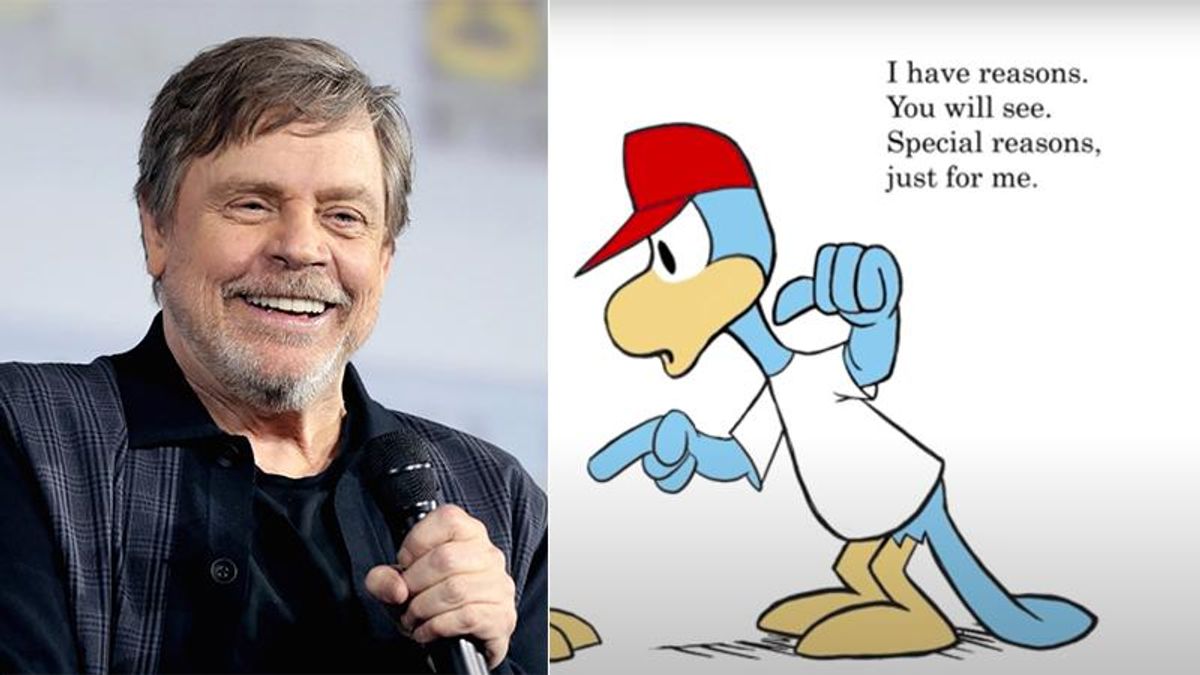 In a new animated story voiced by Mark Hamill, a creature explains why he's "special" and shouldn't have to wear a mask into the grocery store.

With proceeds benefiting the World Central Kitchen, the video depicts a person in the grocery store freaking out over the mask requirements and claiming that they are somehow exempt.

"I have reasons, you will see. Special reasons, just for me," the red-hat-wearing creature says.

The store goes on to have the creature celebrate his immunity to the virus "hoax" because he read on Reddit that he can't get it because he's healthy. He goes on to proclaim discrimination for those refusing to wear a mask. He asserts that the Constitution gives him rights and his doctor gave him a note. In tribute, the video says that the "doctor's note is of little use since it's signed by Dr. Seuss."

"Will You Wear A Mask? I Ask" performed by Mark Hamill www.youtube.com