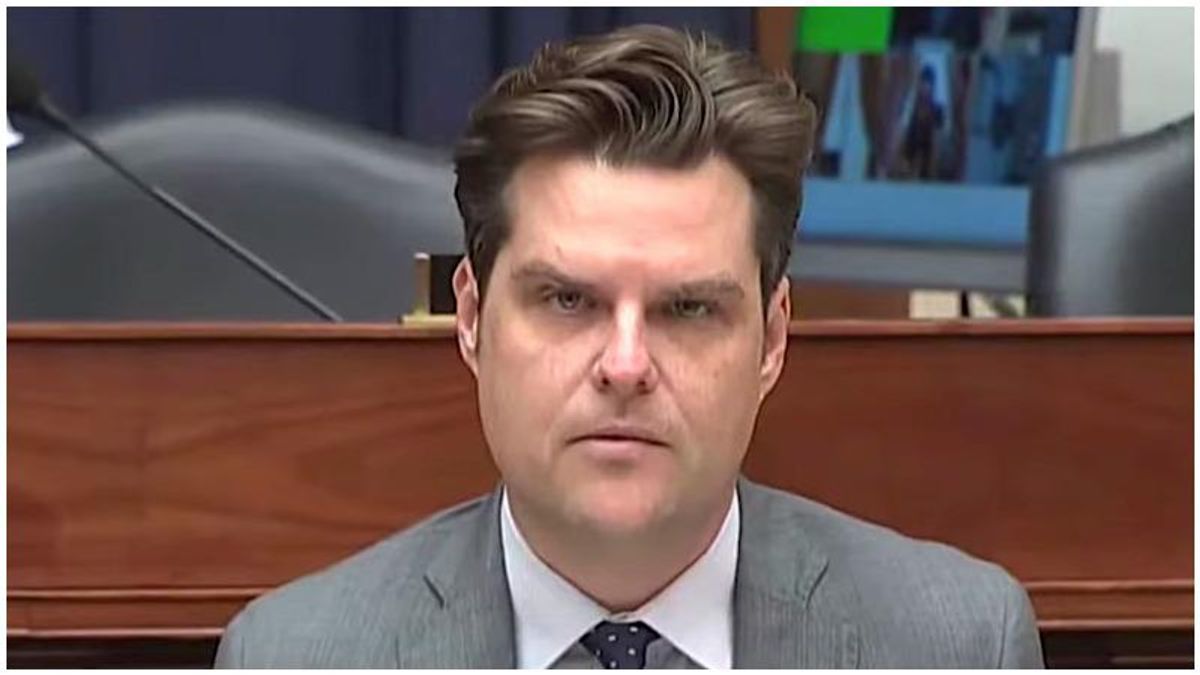 The dust up was widely seen as a win for Milley, and Gaetz's critics on Twitter wasted no time in pointing that out.

Real leadership from the General. Matt Gaetz is a showboating idiot without the slightest clue of what it means to… https://t.co/ikfcBs7j1L
— Blissful GRITS (@Blissful GRITS) 1624473459.0

matt gaetz's face in this is amazing, but i'm also just kinda stunned that the most passionate and erudite defense… https://t.co/IkcTf3ghAK
— David Mack (@David Mack) 1624471004.0

Saw this clip earlier from a different angle; this one has the benefit of a quick cut to Matt Gaetz flipping out Al… https://t.co/Pi3Hq9X7cz
— Brian Beutler (@Brian Beutler) 1624474025.0

Look at Matt Gaetz. This general has more decorations than the Rockefeller Christmas Tree, and yet that clown shake… https://t.co/L7AXACrWCH
— Matt Verderame (@Matt Verderame) 1624473252.0

This really is a remarkable, memorable answer, and the Gaetz reaction shot in the middle of this clip perfectly cap… https://t.co/e30LvaSqh1
— southpaw (@southpaw) 1624473342.0