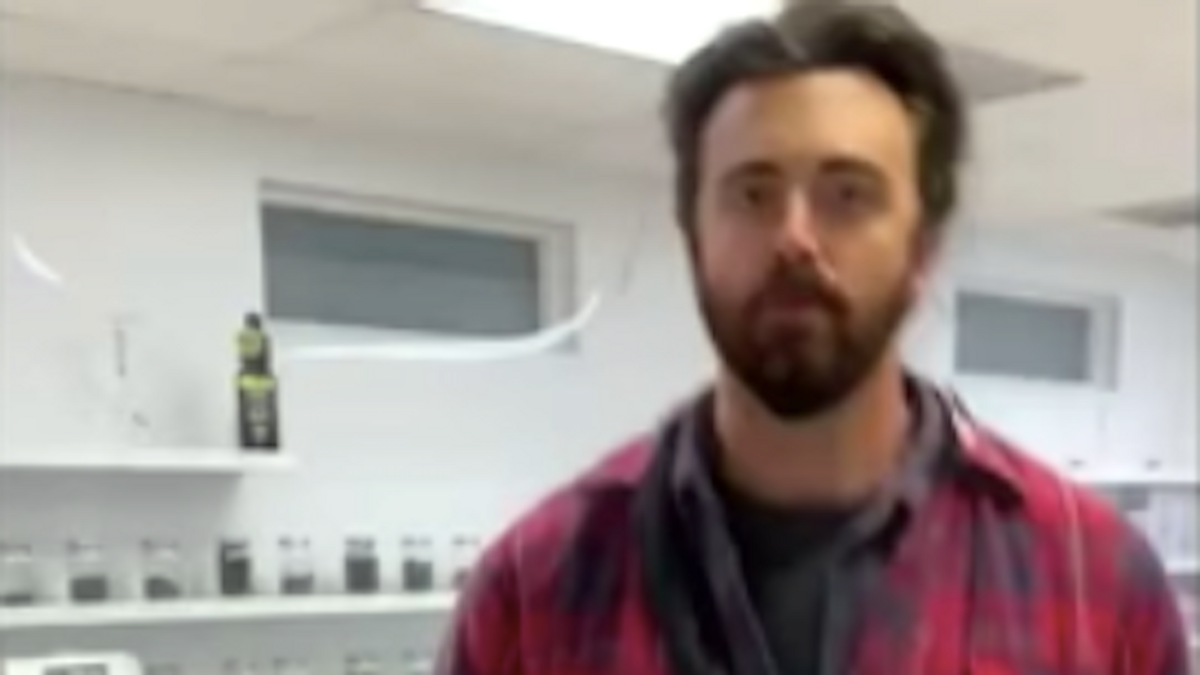 An Oregon man was cited for assaulting an employee at a cannabis dispensary, and a witness who recorded video of the attack believes it was pre-planned as a "political statement."

Marshall Blansett, of Eugene, went into La Mota Dispensary on Sunday evening without a mask, which is required under a state mandate, and got into an argument with an employee who asked him to put one on, reported KEZI-TV.

"They weren't just victimized by a random drunk guy or a guy looking to fight, they were literally targeted for a political statement," said witness Stephanie Babb, who recorded video of the incident. "He practiced this, this had been used, he knew exactly the timing to go in and exactly what to say."

Babb was shopping for CBD about 9:30 p.m. when Blansett came into the dispensary, and she said he came when no manager was on duty and didn't seem like he intended to shop.

"A customer had called after Blansett refused to wear a face covering after being repeatedly asked to do so repeatedly by staff," police said. "He also refused to leave the business when told to leave."

Blansett remained in the dispensary for about a half hour before walking toward the lobby area, where the employee attempted to shove him outside and then shut the door.

Instead, Blansett turned around and shoved the employee and punched him, and then shoved another employee before leaving.

"We're all caught up in this huge scenario that none of us wanted to be in," Babb said. "We just wanted it to go away so we could go home. That's what I don't think people who are commenting understand, we were just hoping this guy was being a jerk and he would get over it and move on, he didn't."

Blansett spotted Babb recording video, took her phone and tossed it into a nearby business, and she called police after retrieving it.

Police identified him a short time later and issued Blansett a criminal citation for assault, harassment and second-degree criminal trespassing.

A man got triggered in a Eugene cannabis store after an employee asked him to wear a mask. Now police are looking for him. Happened at La Mota on W. 7th...