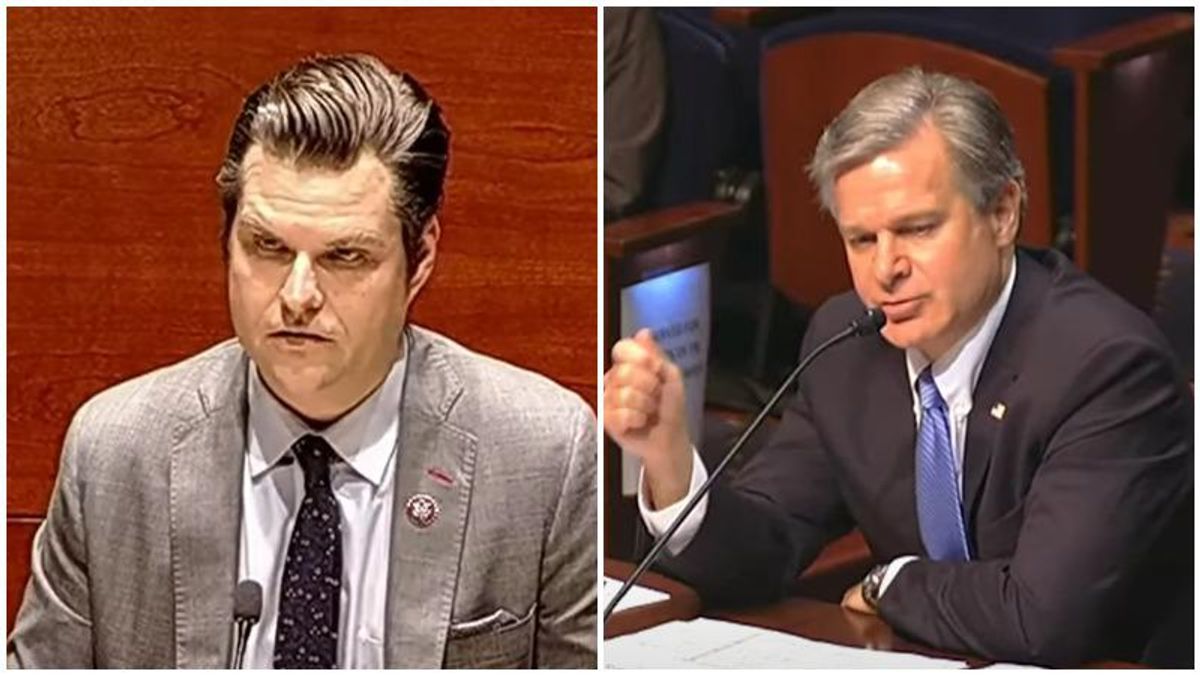 During a House Judiciary Committee hearing this Thursday regarding oversight of the FBI, Florida GOP Rep. Matt Gaetz questioned FBI Director Christopher Wray over the origins of the coronavirus.

Rep. Matt Gaetz (R-FL), who is currently under FBI investigation for possible sex-trafficking, is questioning FBI D… https://t.co/yTPega6oXH
— The Recount (@The Recount) 1623340536.0

House Minority Leader Kevin McCarthy has suggested that Gaetz will not be removed from his committee assignments unless he is convicted.

"Those are serious implications. If it comes out to be true, yes, we would remove him if that's the case," McCarthy told Fox News. "But right now Matt Gaetz says that it's not true and we don't have any information. So let's get all the information."

But according to some, Gaetz, who is currently under investigation by the FBI for alleged sex trafficking crimes, has no business questioning the FBI director.

Just seems inappropriate for Matt Gaetz, under investigation by the FBI, to be currently conducting oversight of the FBI
— Hugo Lowell (@Hugo Lowell) 1623341513.0