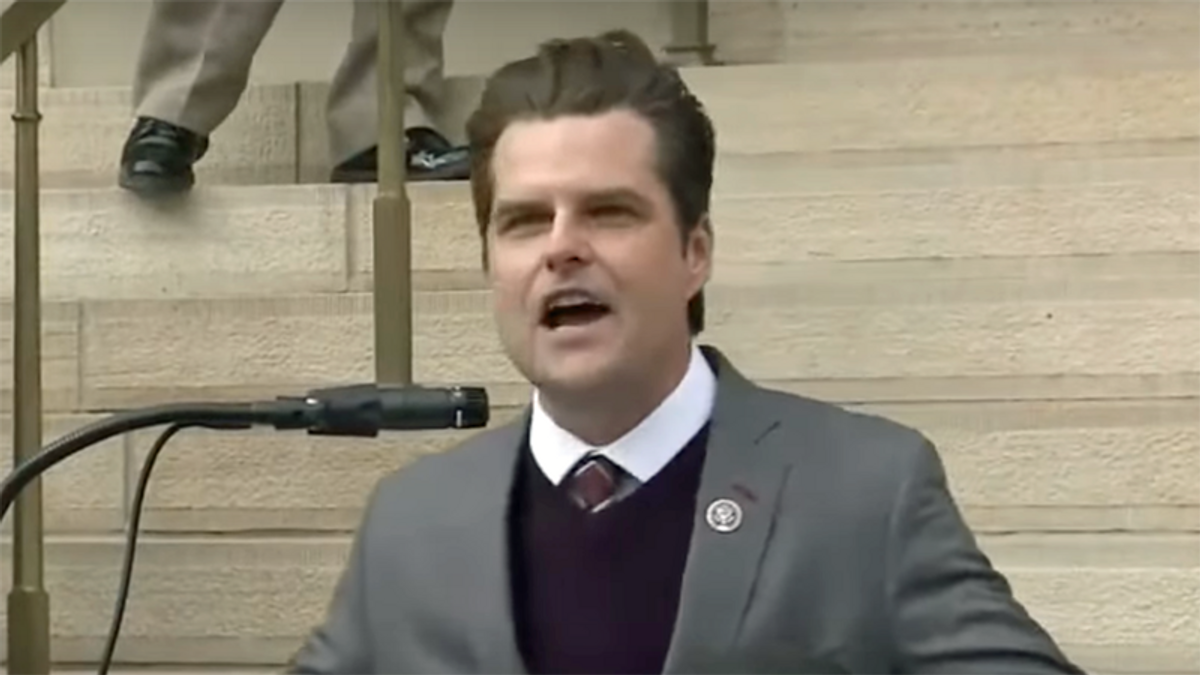 As part of the New York Times report that Rep. Matt Gaetz (R-FL) begged for a pardon, they mentioned that the congressman was going on Fox News saying everyone should get one.

In a clip from the panel discussion, Gaetz encourages Trump to pardon Lt. Gen. Michael Flynn, the Thanksgiving turkey, the Tiger King and whoever else he wants.

"You see from the radical left a blood-lust that will only be quenched if they come after the people who worked so hard to animate the Trump administration with the policies, vigor and effectiveness that delivered for the American people," Gaetz rambled on, incoherently. "I think the president ought to wield that pardon power effectively and robustly."

See the video below thanks to MSNBC's Chris Hayes:

Matt Gaetz really wanted a pardon for himself www.youtube.com