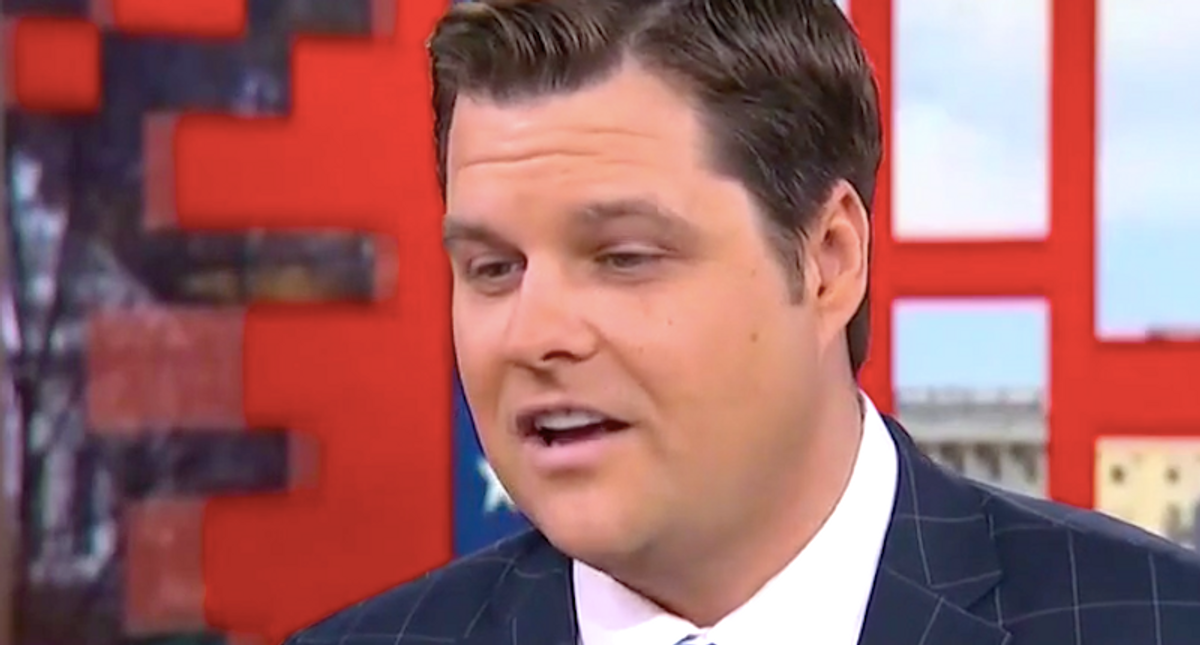 According to a report from Politico, a former girlfriend of Rep. Matt Gaetz (R-FL) is in a panic that she may be drawn into his legal woes after speaking on the phone with the woman who is reportedly the key witness against him in the investigation into his possible involvement in sex trafficking.

The report from Marc Caputo and Matt Dixon states that "The revelation raises the possibility that federal prosecutors have two top cooperating witnesses: the woman who was an alleged sex-trafficking victim when she was a minor," as well as longtime Gaetz pal Joel Greenberg who is reportedly working on a plea deal with investigators.

According to the report, Gaetz's ex -- whose name is not given -- has spoken with friends and expressed fear that she was recorded in an attempt to get more information about her former boyfriend.

"Two of her friends, who declined to be identified publicly because of the sensational nature of the case, say she now suspects she was being set up when the alleged victim and another woman involved in the case called her to discuss the lawmaker in what she fears might have been a recorded conference call. The call took place sometime after Greenberg was indicted for the sex crime in August," the report states, adding, "The friends did not provide details about exactly what was discussed, but one recounted that Gaetz's ex-girlfriend said she was opposed to talking to authorities and is now worried that prosecutors might try to charge her with obstructing justice in order to get to Gaetz."