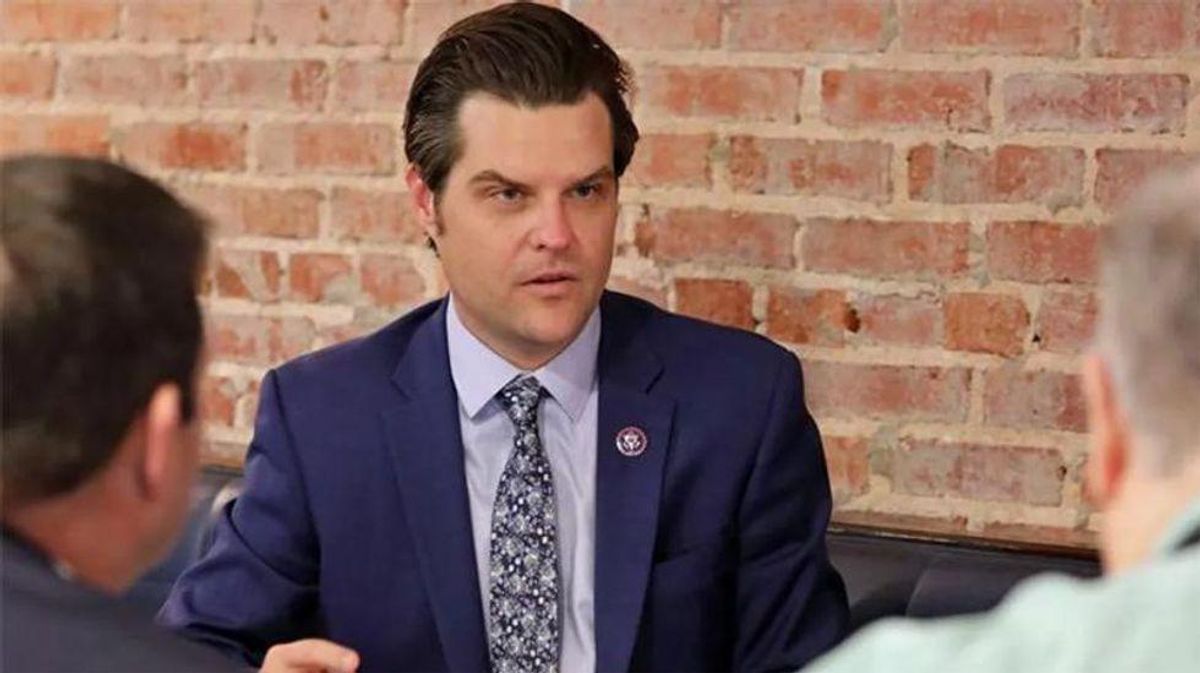 Former federal prosecutor Glenn Kirschner told MSNBC on Sunday that it was "obscene" to equate sex trafficking of a minor as nothing more than a "naughty favor." It was even worse to compare it to normal practice in government.

"That's Matt Gaetz announcing, 'Sure, you may have caught me doing all sorts of stuff wrong, but you know what, Congress does stuff wrong all the time, including earmarks,'" Kirschner said. "That could be turned on its head and viewed as an admission of guilt, but we'll have to see how the prosecutors choose to play that. It looks like based on the Greenberg plea agreement, which is something I never saw in my 30 years as a prosecutor, I think the prosecutors are going to have sort of an embarrassment of riches when it comes to criminal conduct of others."

While serving as a prosecutor, Kirschner explained that when he was working with someone who might become a cooperating witness, they would limit the immunity until it was clear what information they had.

"Everything they tell us about the criminal activity of others, we go out and investigate," he explained. "We see if we can corroborate to make sure that the aspiring cooperator is telling us the truth. And if the information is really blockbuster, for example, if that aspiring cooperator can give us significantly bigger fish on the criminal food chain, then we might make them a generous plea offer. I've never seen one quite so generous as somebody who's charged with 33 federal felony counts and he's permitted to plead guilty to just six and the prosecutors will dismiss 27 points."

He went on to say that of the 86 pages in the plea agreement, "I saw all of the receipts."

He then read a key piece of the indictment that he picked out that should "send shudders through anyone who was involved in doing dirt with Joel Greenberg.

On page 30, he explained, prosecutors wrote, "'Greenberg also introduced the minor to other adult men,' plural, 'who engaged in commercial sex acts with the minor in the middle district of Florida.'"

"Boy, it looks like they have the receipts on those other men," said Kirschner. "They haven't named them yet, but I have a feeling we're going to learn who they are very soon, and one of them may very well be Matt Gaetz."

See the comments in the video below: