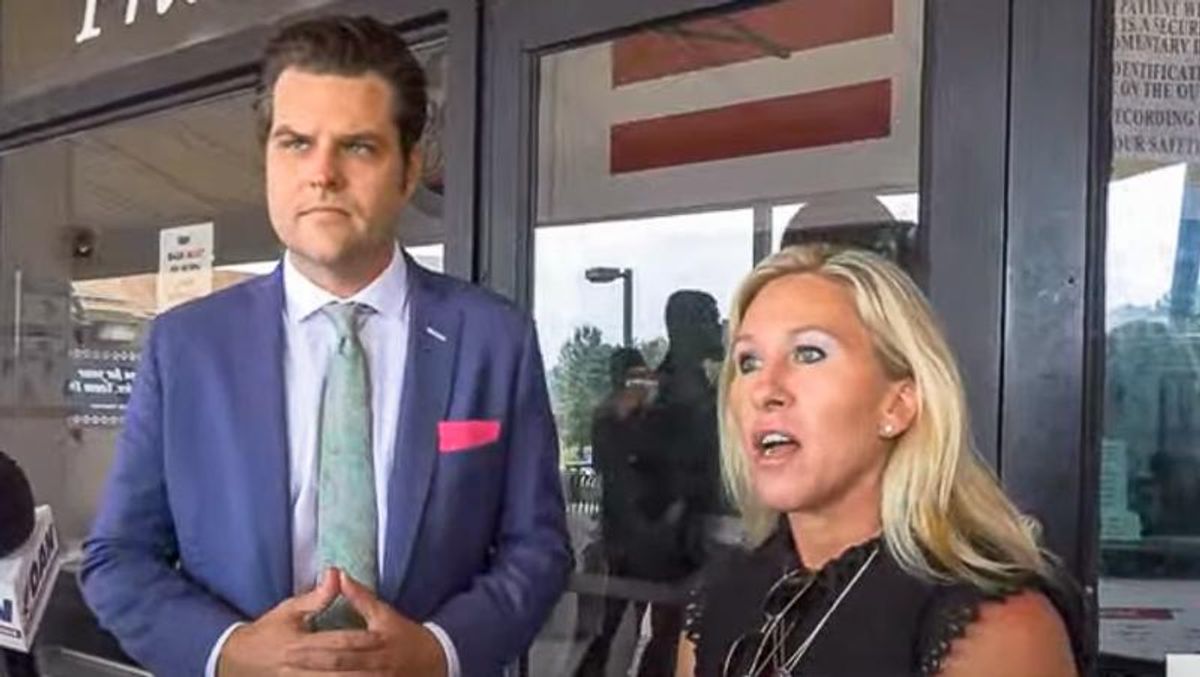 But before Gaetz could open the door, it was locked by an officer.

Wow... @MattGaetz, @mtgreenee, @replouiegohmert, and @RepGosar have been locked out of the federal prison while trying to ask questions and evaluate the conditions! pic.twitter.com/sci9YtDWRb
— RSBN 🇺🇸 (@RSBNetwork) July 29, 2021