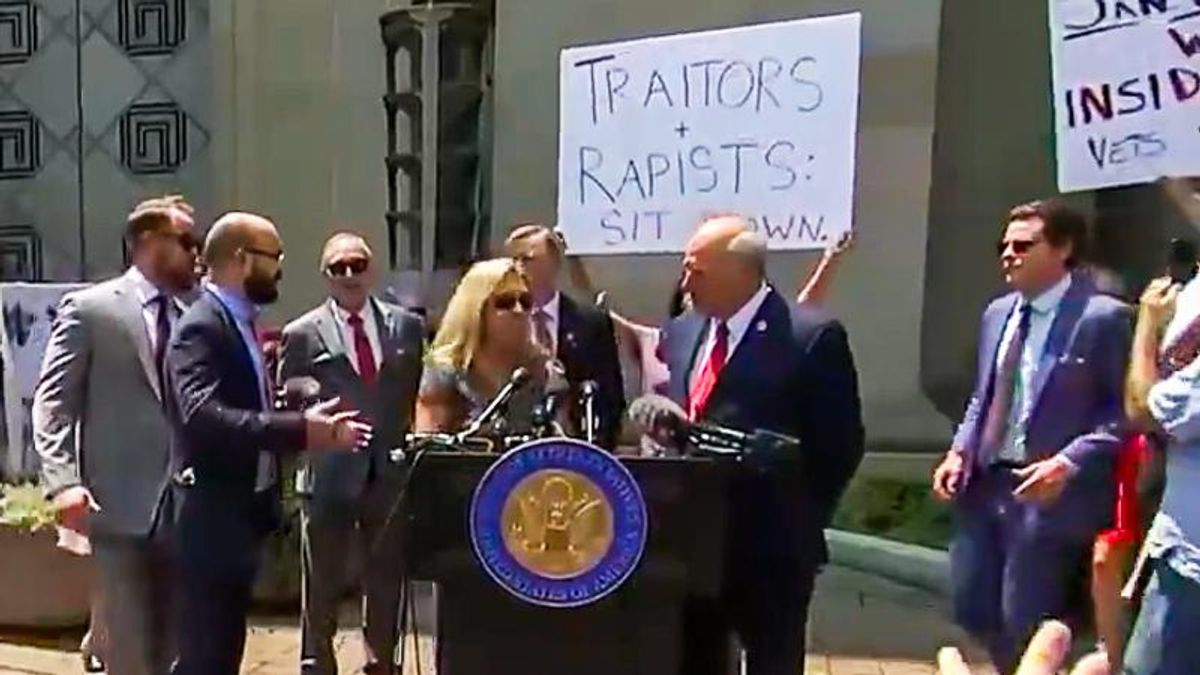 As Greene began to speak, a man with a whistle relentlessly interrupted. The shrill noise was repeated throughout the event.

Some protesters sang while others shouted that the members of Congress were "insurrectionists."

At one point, Greene addressed the protesters.

"To the guy that's blowing the whistle, we are not deterred," Greene said as the noise continued. "So anyone that's here and being an activist and yelling today, here's the statement that I need everyone to understand. We will not back down, we will not stop asking questions, we are looking for the truth."

Greene was advised that she would need to end the press conference because the throng of protesters was encircling the members of Congress.

One protester held a sign near Gaetz that said, "Traitors & Rapists: Sit Down." The lawmaker quickly exited the event as other protesters closed in.

Reps. Gaetz and Greene get run out of their own presser at the DOJ. pic.twitter.com/Jc3BTbUO05
— Zachary Petrizzo (@ZTPetrizzo) July 27, 2021