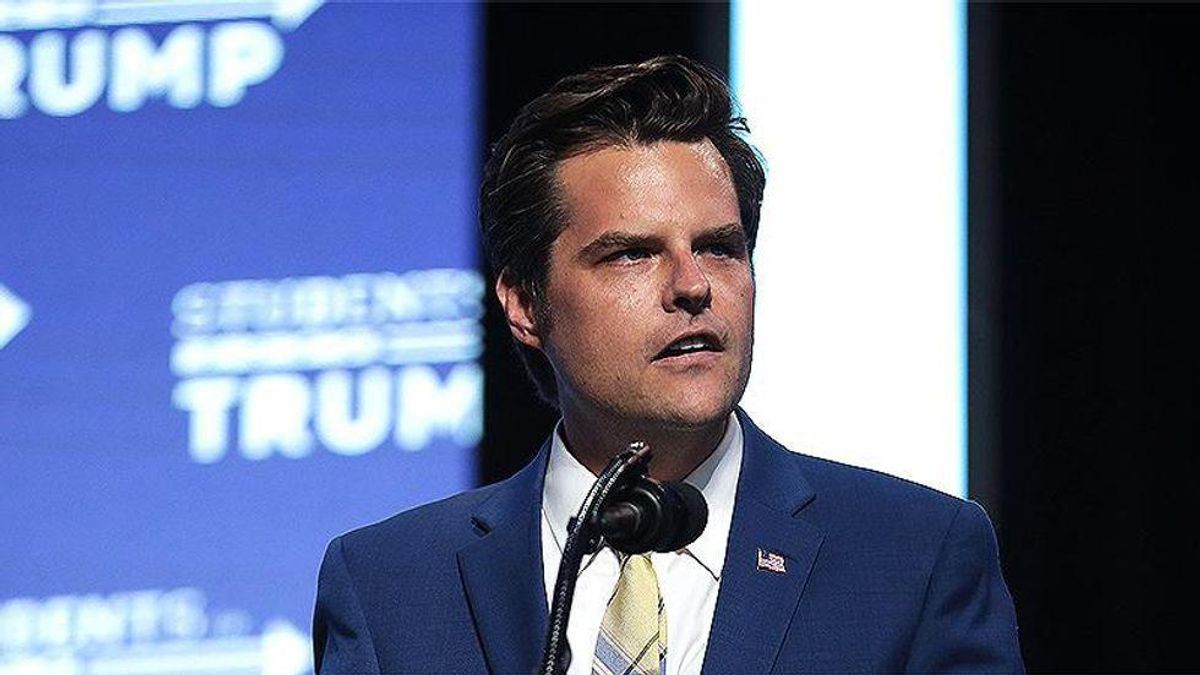 On Tuesday's edition of MSNBC's "The Beat," Ari Melber mocked right-wing cable network Newsmax for refusing to hire Rep. Matt Gaetz (R-FL) — after the cozy relationship the two enjoyed for a long time was frayed by the report that the FBI is investigating him in a child trafficking case.

"It was just hours before this story broke on March 30th that Gaetz began floating the idea of retiring from Congress altogether, pursuing a job at Newsmax, according to three sources who spoke to Axios," said Melber. "Conservative media was already part of his job." He played clips of the two of them complimenting each other, with Gaetz saying, "Newsmax has talk that is the truth and has breaking news. Both of these things can be very threatening to folks in Congress," and one Newsmax host calling Gaetz "a hero during the impeachment hearings and beyond."

"A hero," said Melber. "Well, who wouldn't want to work with a hero? Newsmax was willing to have him on air for programming, they say publicly that does not mean they plan to actually work with him. Working together daily. And they're not being very subtle about this rejection right now, publicly confirming, quote, 'Newsmax has had no plans to hire Representative Gaetz.'"

"Now, Gaetz has not been charged with a crime. And Newsmax, as you just saw, has been taking his side in public," added Melber. "They just apparently don't want to be on his side at work in the days to come. Newsmax clearly following some wisdom from Dolly Parton, who said, 'You are known by the company you keep. You say you're doing nothing wrong. I don't believe you are. I'm only trying to help you, sis, before you go too far.' And as Dolly refrain goes in that song, and as Newsmax might be trying to toe the line with Mr. Gaetz, she also said, quote, 'I'm not accusing you of anything, but you're known by the company you keep.'"

Ari Melber mocks Newsmax for struggling to distance itself from Matt Gaetz www.youtube.com