Matt Gaetz told Newsmax he might leave Congress ‘early’ — but they wouldn’t hire him: report 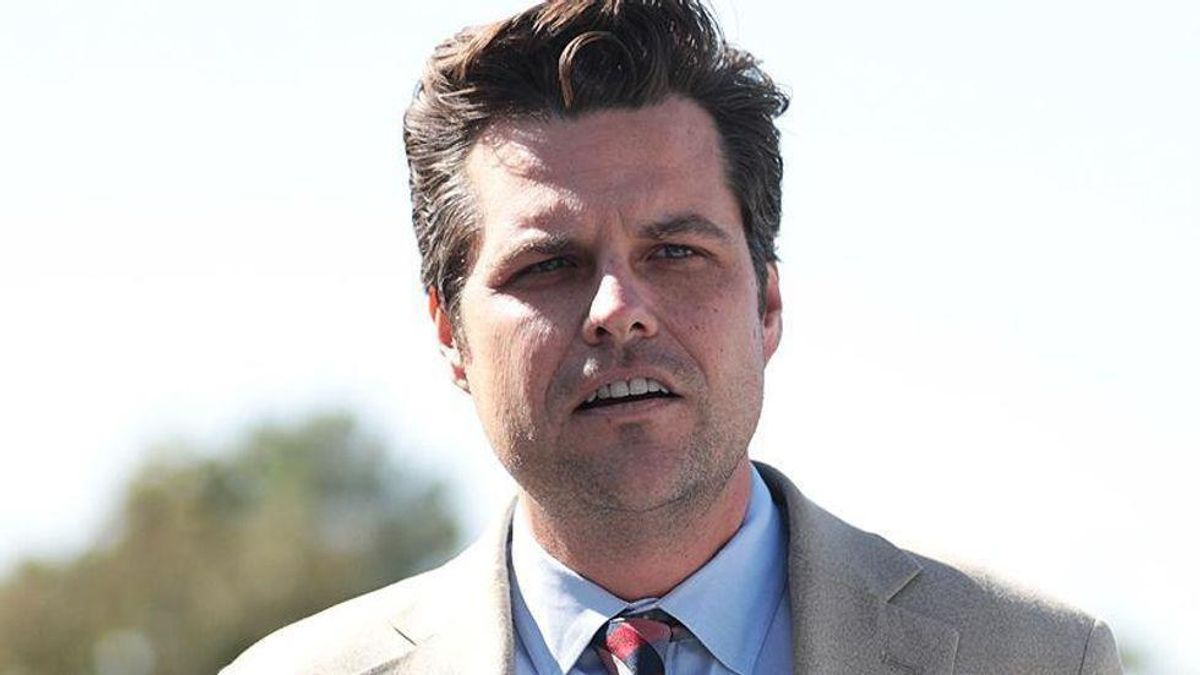 On Monday, Reuters reported that Rep. Matt Gaetz (R-FL) applied for a job with the right-wing cable network Newsmax — and was turned down.

"Conservative media outlet Newsmax, a favorite of former President Donald Trump's, rejected embattled Republican U.S. Representative Matt Gaetz's request for a job, a spokesperson for the website said on Monday," reported Mark Hosenball. "Gaetz contacted Newsmax early this year, a source at the outlet said. That was around the time that news broke Gaetz was the subject of a federal investigation into possible sex trafficking of a minor."

"A source familiar with Newsmax's policies said: 'Earlier this year, (Gaetz) reached out and said he might leave Congress early and was interested in TV work,'" continued the report. "The three-term Florida congressman's approach to Newsmax management was 'just a conversation' and Newsmax 'never told him we were interested' in hiring him, the source said."

Gaetz's apparent shopping for a new gig contradicts his public defiance over the federal investigation, as he has repeatedly said he has no plans to resign over the scandal.