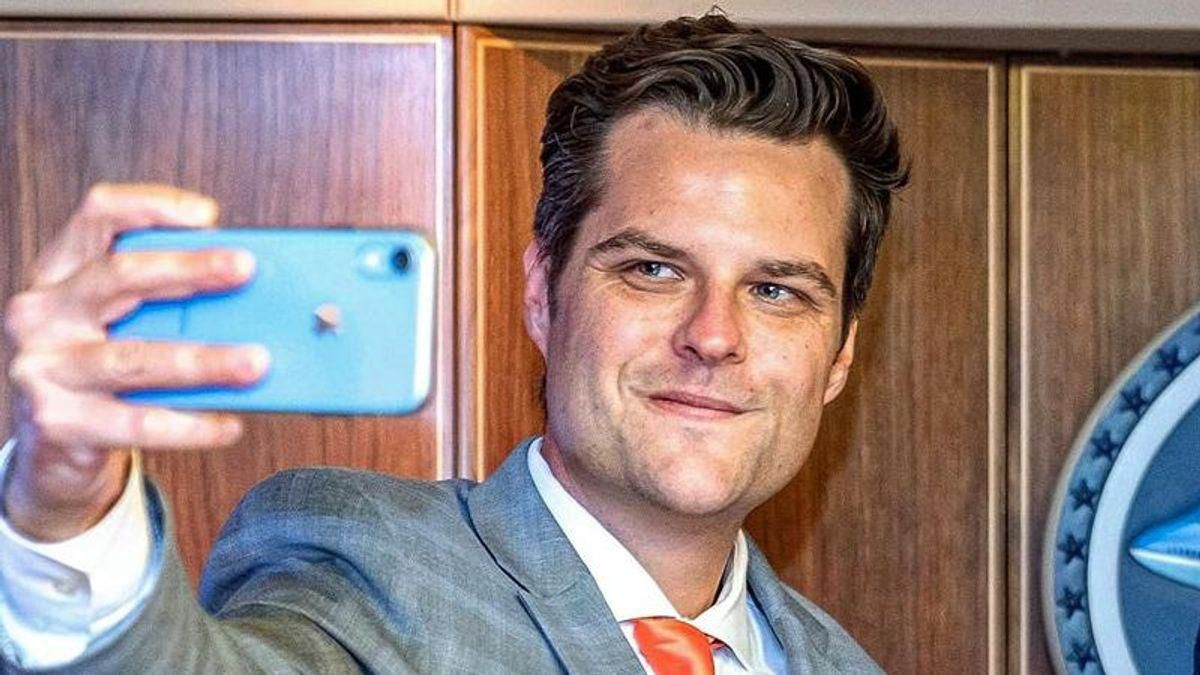 On Friday, The Washington Post headlined, "Gaetz is said to have boasted of his 'access to women' provided by friend charged in sex-trafficking case."

"Rep. Matt Gaetz repeatedly boasted to people involved in Florida politics about women he met through a county tax collector who has since been charged by federal authorities with sex trafficking of a minor, according to two people who heard his comments directly. They said the Republican congressman, first elected in 2016, also showed them videos on his phone of naked or topless women on multiple occasions, including at parties with Joel Greenberg, the former tax collector for Seminole County," the newspaper reported. "The women appeared to be adults, and could be seen dancing, hanging out by a pool and, in one case, using a hula hoop without clothing, the people said."

The Post quoted one source who had been granted anonymity.

"Matt was never shy about talking about his relationship to Joel and the access to women that Joel provided him," the source said. "What these videos implied was that there was something of a sexual nature going on with everyone."