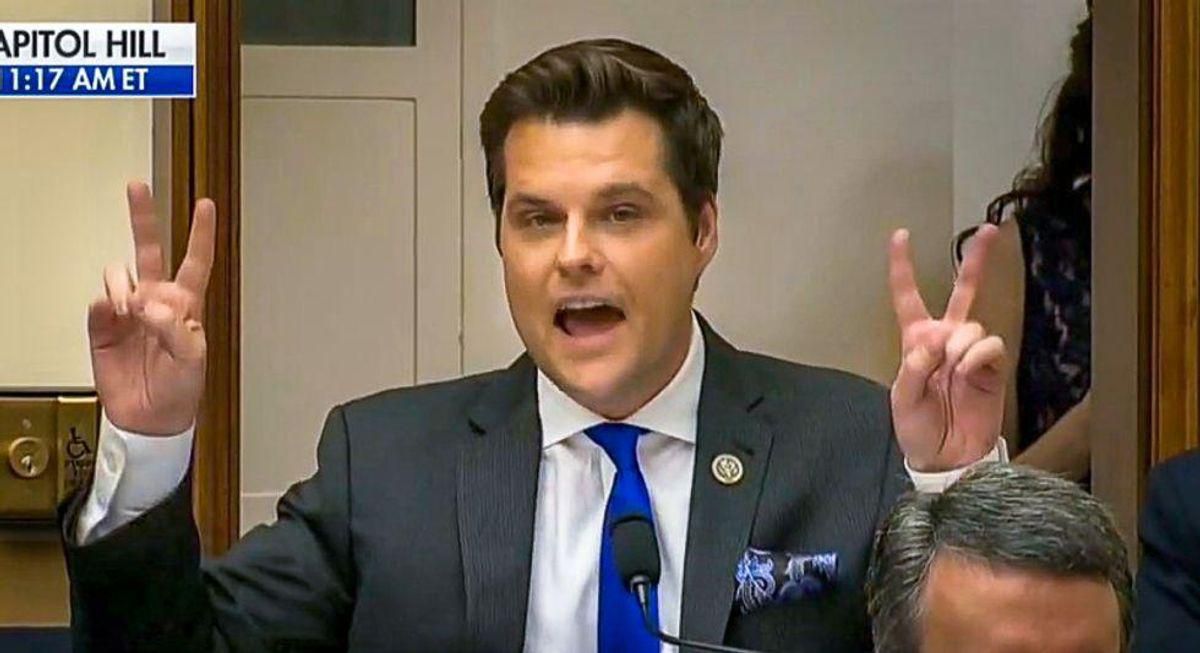 The job search site Daybook induced a round of cringes by posting a listing for an internship position in the office of Rep. Matt Gaetz (R-FL) a day after reports broke that he was under investigation for sex trafficking.

The Florida Republican is under investigation by the Justice Department over his alleged relationship with a teenage girl, but Gaetz insists he has done nothing wrong and was instead the victim of an extortion scheme.

Daybook's job listing was posted hours after the initial report, and as social media reacted to a bizarre interview Gaetz gave to Fox News host Tucker Carlson, who some legal experts think may be a witness in the case. 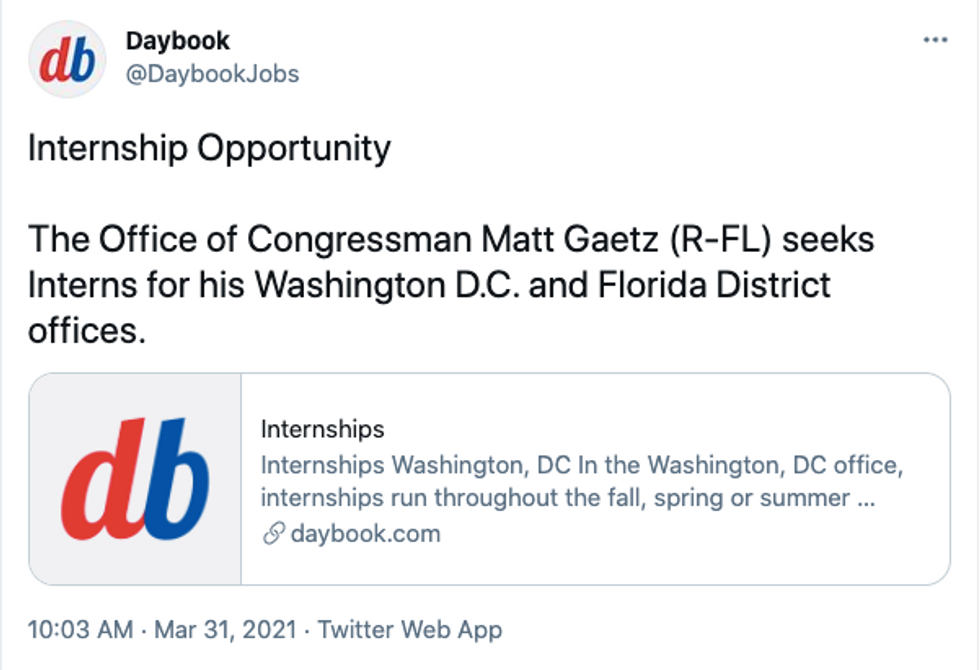 Yeah no. Not if it was the last job opportunity on earth. Gross gross gross. I'd rather spend 23 hours a day cleaning toilets in barrooms. pic.twitter.com/CKDZJPCKEU
— circe le femme (@CerseiLe) March 31, 2021

Guy is on TV arguing about age of consent and crossing state lines. Wouldn't feel comfortable sending a young adult to work for him. pic.twitter.com/mcQxkk6Rlb
— Citizen D is Fully Vaccinated (@touchmeimdic) March 31, 2021

"Applicant must have a letter of recommendation, a full school transcript, and a membership card to the Jimmy Neutron Fangirl Club."
— Kevin Roberts (@ripkevinroberts) March 31, 2021

How young will Matt Gaetz take them?