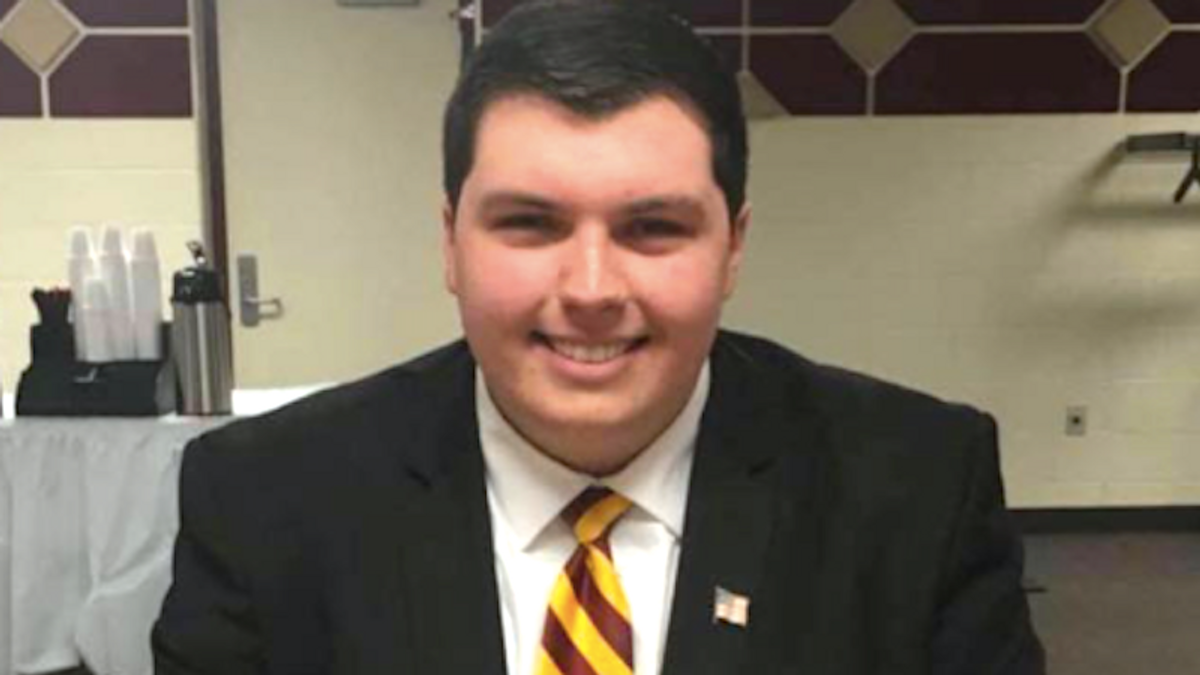 "I had to seek counseling," Kelly told the TV station. "I apparently now have some sort of PTSD. Little things will set me off at home."

The call came March 6, 2020, at 1 a.m., when Smith -- who was elected as a Donald Trump delegate to the Republican National Convention -- allegedly told the county clerk that he worked for a local TV station and wanted to film her home, and when Kelly declined he said she'd never be re-elected because her house and office were a mess.

Then he allegedly threatened to poison her dogs and throw them in a trash bin.

"If he is that crooked, to be calling an elected official that he does not know and saying the things that he did to me, I don't believe the man deserves the honor to be an elected official, that's my personal opinion," Kelly said, adding that she thinks the misdemeanor charge against Smith was too lenient.

Smith faces up to six months in jail if convicted.

The Davison School Board member has previously denied the allegation, saying someone spoofed his phone number, but a second man accused of listening in on the call told police Smith made the call but insists he did not threaten Kelly's dogs but merely expressed concern for the animals in her home.

That man, 19-year-old self-described "Trump Republican" Justin Kasieta, was Kelly's opponent in the last election, and the state attorney general's office is still investigating his case.

Kasieta serves as a legislative aide to state Rep. Greg Markkanen (R-Hancock), and a third man who allegedly listened in on the call, Jake Putala, serves as an aide to state Sen. Ed McBroom (R-Vulcan), who led an investigation into Michigan's election that found no evidence of widespread fraud.

Smith narrowly lost an election bid for the Genessee County commission and was appointed as deputy county clerk.

"I want a judge to tell these three punks to leave me alone, don't ever contact me again, keep my name out of anything," Kelly said.