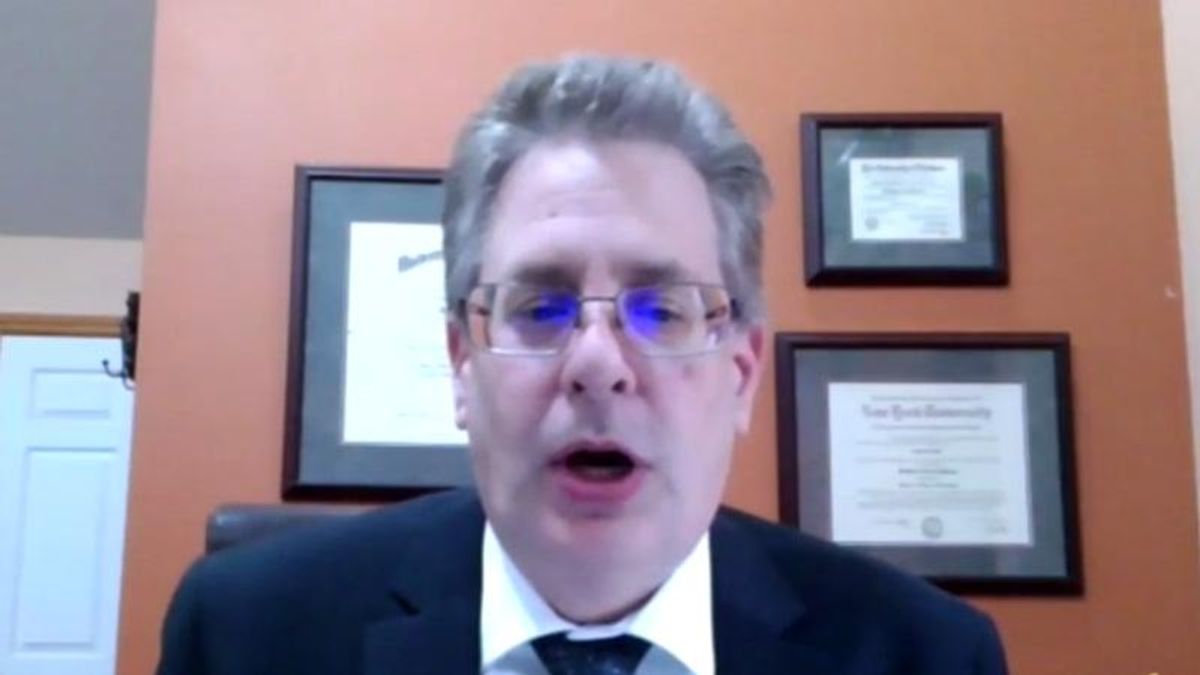 Matthew DePerno is not allowing failure in the courtroom to stand in the way of success in fundraising off Donald Trump's big election lie.

DePerno, a formerly obscure lawyer from Portage, MI, received his 15 minutes of fame last November for filing a lawsuit against Antrim County, MI. on behalf of a Michigan resident alleging election fraud. Last month, the Republican- controlled Michigan Senate called out the lawsuit for having "zero credibility" and the case has gone nowhere in court.

But as the website dailydot.com reports today, none of that has slowed DePerno's funding efforts for something he calls the "Election Fraud Defense Fund." Here's some of the reporting:

"DePerno is the lawyer behind one of the first, and longest surviving, lawsuits to overturn the 2020 presidential election results. In May, a court ruled against his request for a "forensic audit." On June 25, the court denied his motion to reconsider the case.

"Although he's challenging the outcome in just one rural Michigan county—a county in which Trump won handily—and he keeps losing in court, in certain circles, DePerno is held in high esteem. His status as election crusader is equal to that of similarly quixotic lawyers Sidney Powell, L. Lin Wood, Jenna Ellis, and Rudy Giuliani. Like the others, he's proven willing to continue repeating unfounded allegations of widespread fraud, delighting election conspiracy theorists. And he's capitalizing on it.

"DePerno refused to tell the Daily Dot whether he intends to appeal the loss in court he was recently served. But his money-making machine is still alive and well.

"A fundraiser linked to DePerno's website says he hopes to raise a million dollars for his "election fraud defense fund." People have proven more than happy to give to the cause. As of early July, he's closing in on $400,000 on this fundraiser alone. He's raising money through other means as well, such as events. The fundraiser notes that he's also happy to take a check."

Antrim County is heavily Republican and was carried easily by Trump. But after an initial human error showed Biden winning -- an error that was quickly corrected -- DePerno nevertheless persisted with the lawsuit, completed with unsubstantiated claims that Dominion Voting Machines had huge error rates, the website reported.

The persistence made DePerno "a right-wing star," it adds, noting that "It doesn't seem to matter that his lawsuit keeps getting spiked in court, a subsequent hand recount confirmed the Antrim County results, and that he hasn't produced credible evidence of voter fraud."

All that did seem to matter, however, to the Michigan Senate Oversight Committee.

"The Committee closely followed Mr. DePerno's efforts and can confidently conclude they are demonstrably false and based on misleading information and illogical conclusions," the report states.

"At the conclusion of this section, the committee suggests repercussions may be warranted.

"The Committee recommends the Attorney General consider investigating those who have been utilizing misleading and false information about Antrim County to raise money or publicity for their own ends. The Committee finds those promoting Antrim County as the prime evidence of a nationwide conspiracy to steal the election place all other statements and actions they make in a position of zero credibility."