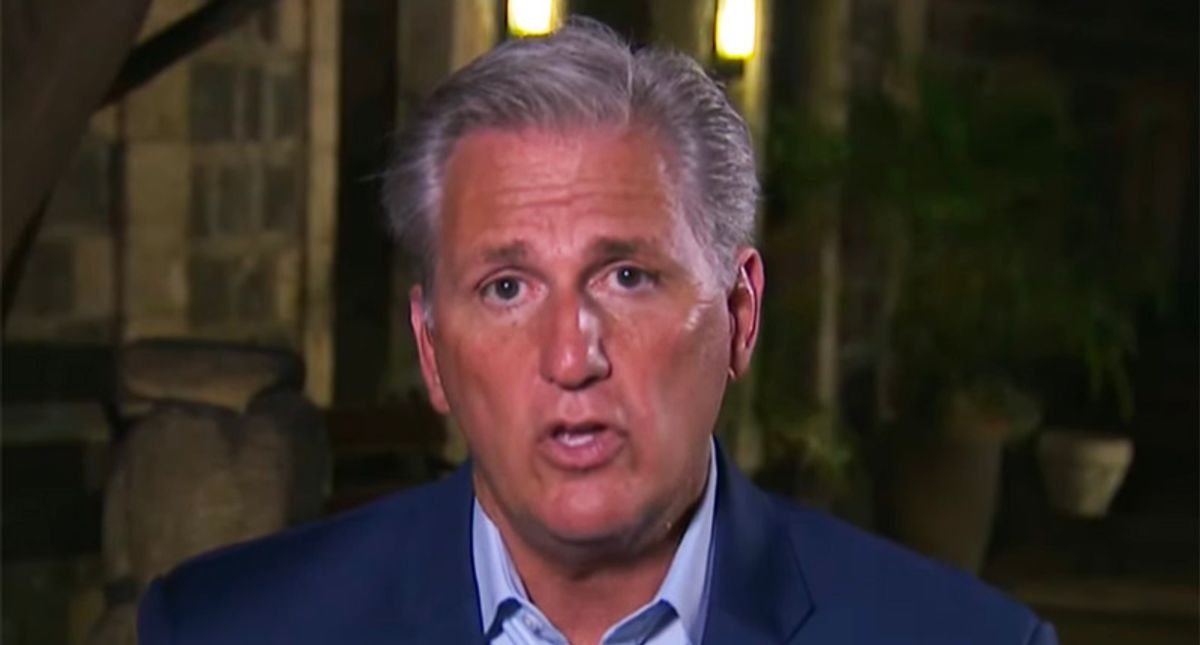 That apparently set Trump off according to three sources speaking with Politico.

According to the report, "Three people close to Trump tell me that he's stewing anew over Kevin McCarthy," wrote Politico's Tara Palmeri. "It's become so frequent that his advisers think the House minority leader may be in for a public reprimand. That's even after the powwow at Mar-a-Lago where McCarthy tried to patch things up after he denounced Trump for the violence on Jan. 6."

"The reason for Trump's displeasure: an emboldened Cheney," she continued. "Each time Cheney criticizes Trump from her leadership post as the No. 3 House Republican, he's reminded that it was McCarthy who pleaded with his conference to keep her on as chair — despite her vote to impeach Trump. The latest trigger came Wednesday, when Cheney said at a press conference that Trump should not lead the party going forward while McCarthy awkwardly stood by."

According to the report, Trump may have words for McCarthy in his speech on Sunday. The top Republican in the House is scheduled to speak at CPAC Saturday afternoon.