Democrats set to deploy an obscure rule that will allow them to slap aside McConnell's obstruction: report 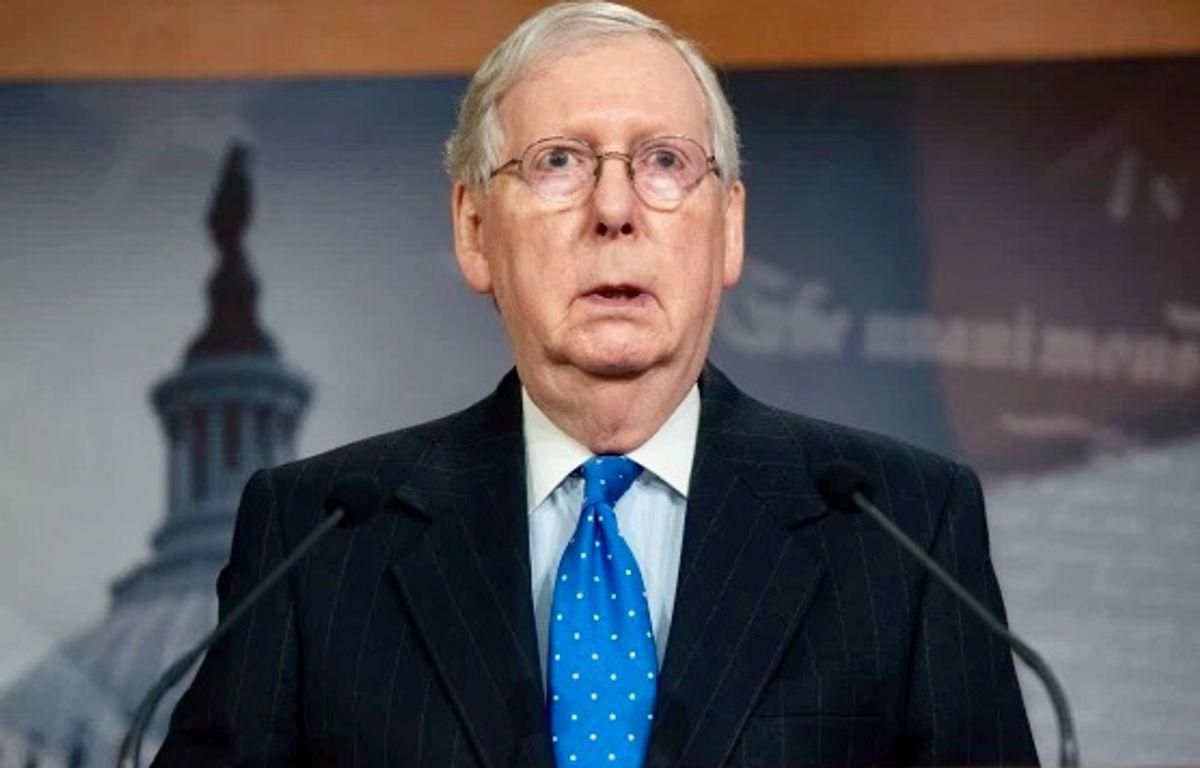 According to a report from Politico's Playbook, aides to Senate Majority Leader Chuck Schumer (D-NY) have found an obscure rule dating back to 1974 that will allow Democrats to fund President Joe Biden's policy initiatives in such a manner that Senate Minority Leader Mitch McConnell (R-KY) can't filibuster them.

As the report notes, Congress can only use budget reconciliation once each fiscal year to fund projects with 51 votes instead of 60. Having already done so this -- using reconciliation left over from fiscal year 2021 -- for the passage of Biden's $1.9 trillion COVID aid package that the GOP turned its collective back on, Democrats would normally have to wait until next year to use reconciliation to fund infrastructure needs and social welfare initiatives.

However, according to Politico, Schumer believes he now can get the funding based on an obscure rule in the Congressional Budget Act of 1974.

"What if, buried in the rules of the Congressional Budget Act of 1974, there were a magical parliamentary trick that Democrats could use to unlock a third reconciliation bill this year?" the Politico report states. "Senate Majority Leader Chuck Schumer believes he has found it. It's called Section 304, and you're about to start hearing about it a lot. This section of the law that governs the congressional budgeting process essentially says that Congress may revisit and amend an already-passed budget resolution, like the one used to pass the Covid relief package. Or at least that's what Schumer aides are arguing."

According to an interview with a Schumer aide, "Recently, top policy aides to Majority Leader Schumer made the argument to the Senate Parliamentarian that Section 304 allows for at least one additional set of reconciliation bills related to revenue, spending and the public debt to be considered for Fiscal Year 2021."

"While Democrats haven't made a final decision on the legislative strategy, there is deep skepticism in both the White House and among Senate Democrats that any 60-vote bill on any significant issue is possible this year. It was already conventional wisdom that Biden is likely to be able to pass two reconciliation bills and almost nothing else. Now, Schumer may try to squeeze a third one out of the system. His office tells us that Section 304 has never been used before," the report adds.