McConnell is 'furious' with Trump and 'hates' him for Capitol insurrection: CNN's Jim Acosta 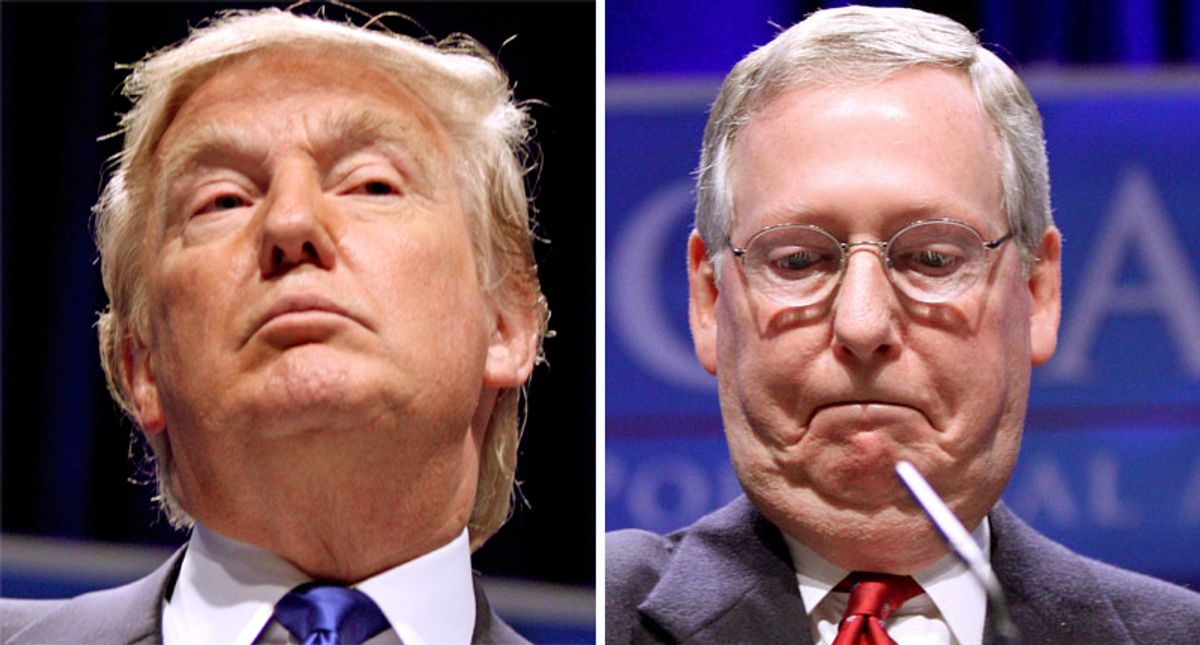 Senate Majority Leader Mitch McConnell (R-KY) is reportedly livid at Donald Trump over the failed insurrection by his supporters at the U.S. Capitol.

Shortly after The New York Times reported McConnell is "pleased" with impeachment as it would help purge the GOP of Trump, CNN chief White House correspondent Jim Acosta reported more details on the fraying relationship between the to top Republicans.

Acosta reported, "I'm talking to a source familiar with the relationship between President Trump and the Senate Republican leader, Mitch McConnell. According to the source, McConnell right now is furious with the president over that siege on the Capitol on January 6th."

"And in the words of this source, McConnell, 'hates Trump.' He hates Trump right now for what happened on January 6th," Acosta reported. "Now meantime, President Trump is refusing to take any responsibility for the attack on the Capitol. The president is, once again, amping up his rhetoric, predicting the impeachment process will cause what he called, 'tremendous danger and tremendous anger.' CNN has learned the president's advisers are urging Trump to lower his rhetoric, as he could be prosecuted or even sued in response to the violence."