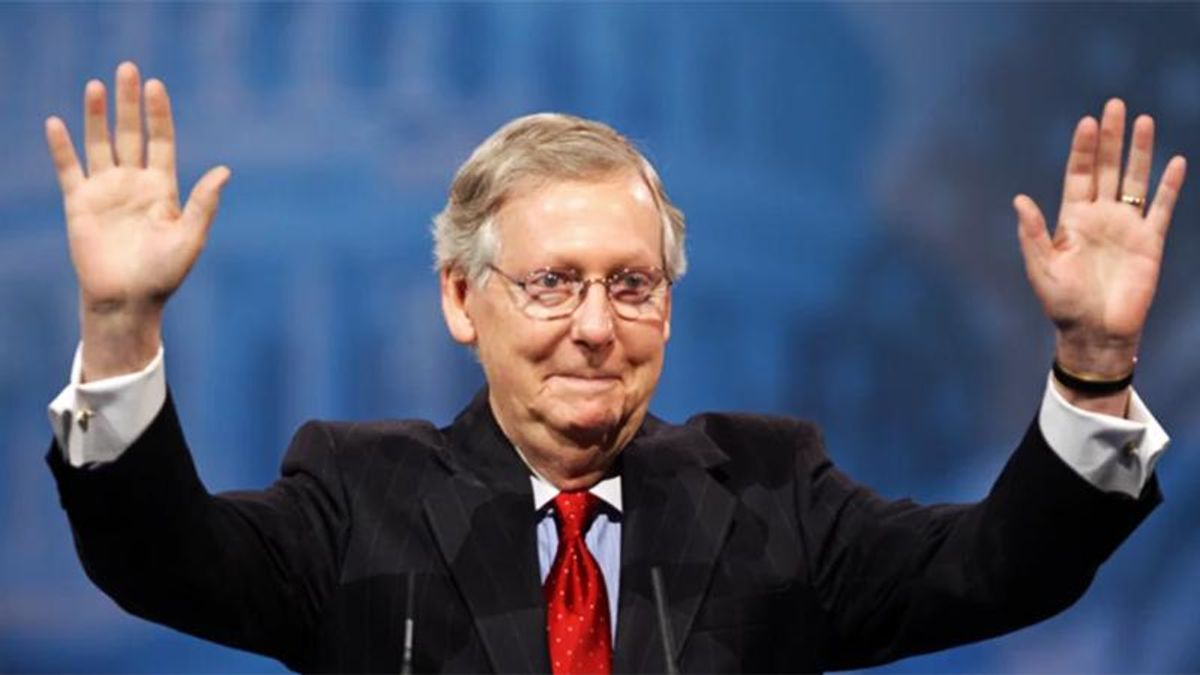 According to former Republican National Committee head Michael Steele, Senate Minority Leader Mitch McConnell led members of his party "over the cliff" by watching them vote to acquit Donald Trump of sedition during his impeachment trial while at the same time admitting Trump was guilty as hell.

"Look at it this way," Steele began. " If I'm anyone other than Josh Hawley and Ted Cruz -- and they're hopeless lackeys and we get what their particular thing is -- but if I'm a Rob Portman, or John Thune, just sitting there, and I'm like, 'yes, we're going to do this on a technicality' and then McConnell get up and say, 'everything they said about him is true,' how stupid do you look?"

"How stupid do you look?" he repeated while laughing. "You just followed the leader into the hole, right? Instead of standing by your own conviction, you know what you knew, you know he was wrong, and yet you sit back and go, 'okay, we'll do this and just get past it' and then McConnell gets up and, yeah, that was a hot mess."