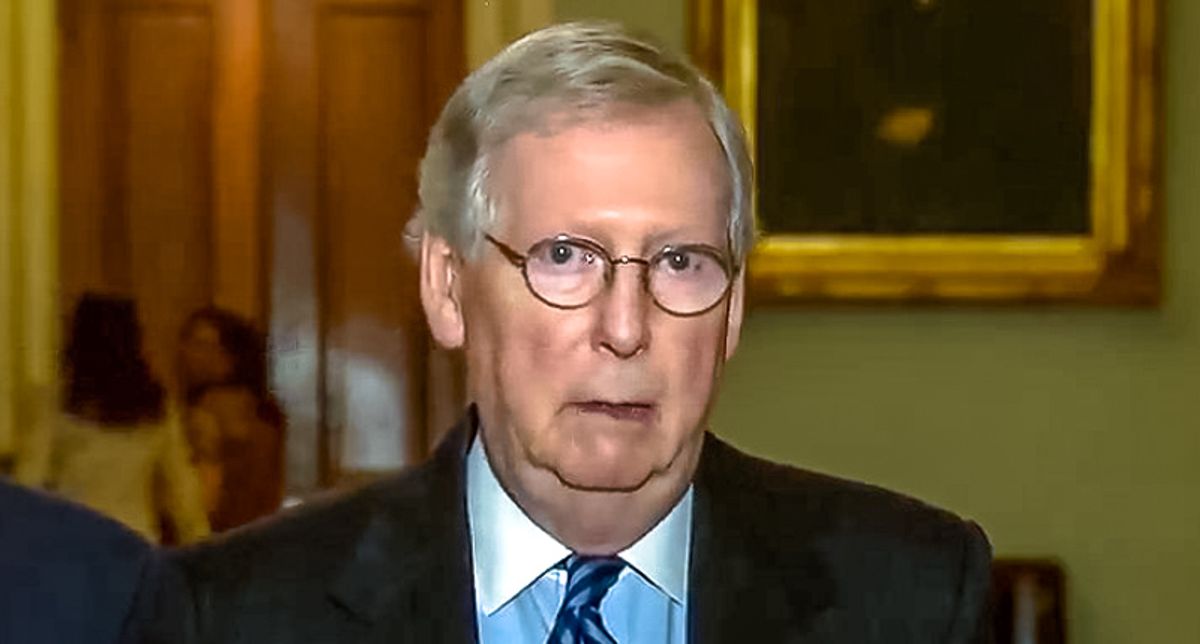 Sen. Mitch McConnell (R-KY) on Wednesday admitted that his sole focus at the moment is obstructing every initiative that Senate Democrats try to pass, despite the fact that some of his GOP colleagues have said they'd be willing to reach across the aisle.

New York Times reporter Lisa Lerer told CNN's John Berman on Thursday that McConnell may come to regret declaring his intentions so boldly, as it could now give Democrats a reason to plow ahead with passing an infrastructure plan without GOP support.

"This was a major gift to Democrats," she said. "It really strengthens the argument that Democrats have been making, in part pushed by their base, to push through as much legislation... as much of their agenda as possible before they get into the midterm elections."

Lerer also said that Biden's views on the GOP have changed, as he knows that the party is now more ideologically rigid and is not like the party he used to cut deals with as a senator.

"What really changed his view of what might be possible is the attack on the Capitol," she said. "And watching the party in that moment, he began to think that possibly he wouldn't have a dance partner on the other side."

McConnell's vow to obstruct everything is 'a massive gift to Democrats': NYT reporter www.youtube.com