McConnell's attack on Trump may 'mark the end of the Republican Party': MSNBC's Heilemann 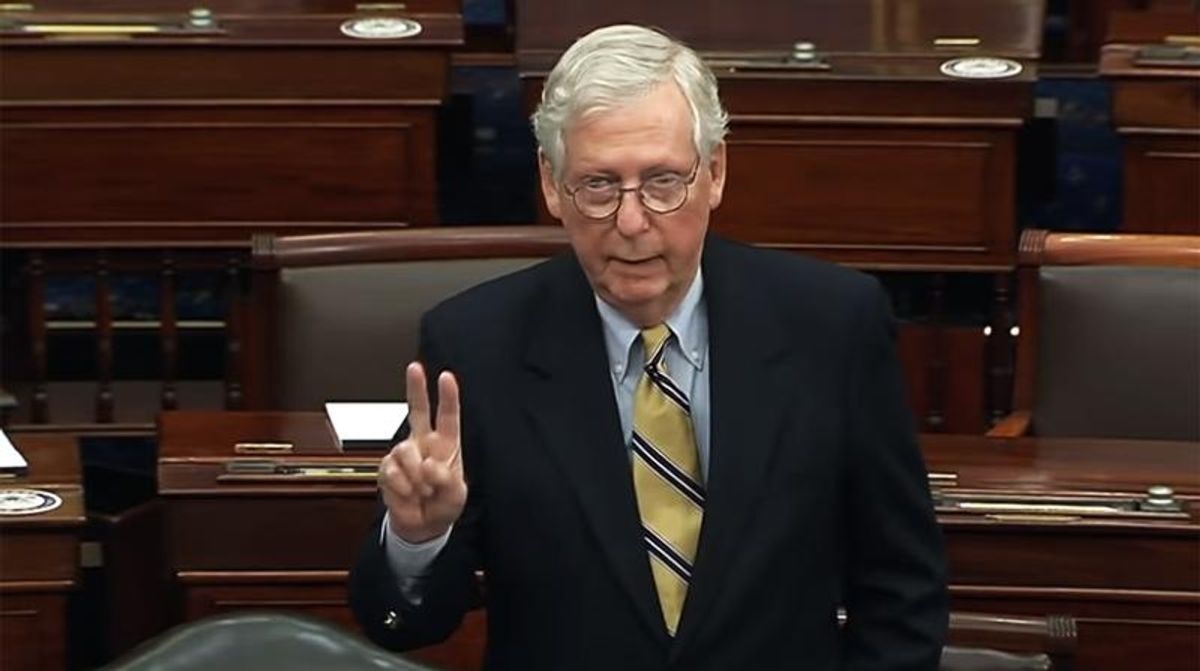 Reflecting on the historic second impeachment vote of Donald Trump that saw seven Senate Republicans cross the aisle to vote to convict -- and Senate Minority Leader Mitch McConnell call for the criminal prosecution of the ex-president -- "Morning Joe" regular John Heilemann agreed with co-host Joe Scarborough that Americans may be witnessing the beginning of the end of the Republican Party.

Asked by co-host Willie Geist, about his thoughts on Saturday's impeachment vote, the political analyst stated that he was struck by the number of Republicans who turned on Trump as well as the words of McConnell.

"I sort of had the feeling, and I think I said on the show, there would be a couple of Republicans who would vote to convict who we didn't necessarily expect," he began. "I think the number overall ended up as obviously a historically bipartisan impeachment, the most bipartisan in history yet not anything close to the number you would have needed to convict. We were all waiting on Mitch McConnell."

"I think the biggest surprise of the day was not that McConnell voted to acquit but was the fact that McConnell voted to acquit and went out and gave that rather extraordinarily cynical speech immediately thereafter," he continued. "You know, I know you guys talked about the balancing act, the politics of that, but it is was the most stunning thing of the day in some respects, seeing Mitch McConnell, really you could see the wheels turning in Mitch McConnell's head all the time, trying to calculate it at all times which is the way in which he thinks is the best path back to power for himself and for Senate Republicans and that's how he played it out. He tried to play both sides of the issue. whether that will end up working for him and Senate Republicans in the long run, I don't know."

Referencing a pair of tweets written by Scarborough on Saturday (which can be seen below)," Heilemann added, "Joe is not here this morning but, you know, his conclusion at the end of this all on Saturday was this is really -- this may mark the end of the Republican Party. I think this is a good case it could be true."

Donald Trump destroyed the Republican majority in the House, Senate, and their control of the White House. The vote… https://t.co/ykKpBjjQHk
— Joe Scarborough (@Joe Scarborough)1613250436.0