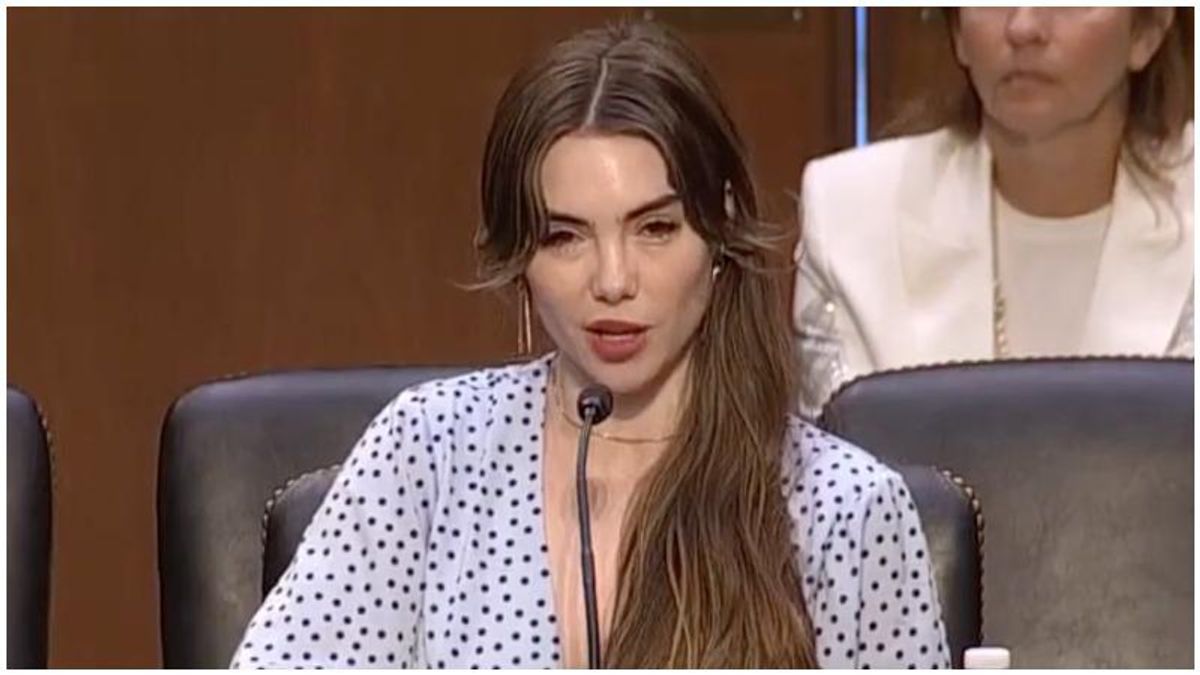 During Maroney's testimony, she said that Nassar was "more of a pedophile than he was a doctor."

Maroney went on to say that after telling her story of his abuse to the FBI in the summer of 2015, "not only did the FBI not report my abuse, but when they eventually documented my report, 17 months later they made entirely false claims about what I said."

"After reading the [Inspector General's report], I was shocked and deeply disappointed at this narrative that they chose to fabricate. They chose to lie about what I said and protect a serial child molester rather than protect not only me, but countless others," she said.

She then specifically called out FBI Special Agent Jay Abbot and his subordinates, saying that they did not want her telling her story. Maroney says she spent three hours telling the FBI what happened to her -- details she says she hadn't yet told her own mother.

"I told them that the first thing Larry Nassar said to me was to change into shorts with no underwear because that would make it easier for him to work on me," she said. "And within minutes, he had his fingers in my vagina."

"The FBI immediately asked, 'Did he insert his fingers into your rectum?' I said no, he never did. They asked if he used gloves. I said no, he never did. They asked if this treatment ever helped me. I said no, it never did. This treatment was one hundred percent abuse, and never gave me any relief. I then told the FBI about Tokyo, the day he gave me a sleeping pill for the plane ride to then work on me later that night. That evening I was naked, completely alone, with him on top of me molesting me for hours. I told [the FBI] I thought I was going to die that night, because there was no way that he would let me go. But he did. I told them I walked the halls of the Tokyo hotel at 2am at only 15-years-old. I began crying at the memory over the phone, and there was just dead silence."

Maroney said she was shocked at the agent's silence and "disregard" for her trauma. The agent then broke the silence and asked, "Is that all?"

"Those words in itself was one of the worst moments in this entire process for me," she said, her voice cracking with emotion. "To have my abuse be minimized and disregarded by the people who were supposed to protect me, just to feel like my abuse was not enough. But the truth is my abuse was enough, and they wanted to cover it up. USA Gymnastics, in concert with the FBI and the Olympic Committee, were working together to conceal that Larry Nassar was a predator."