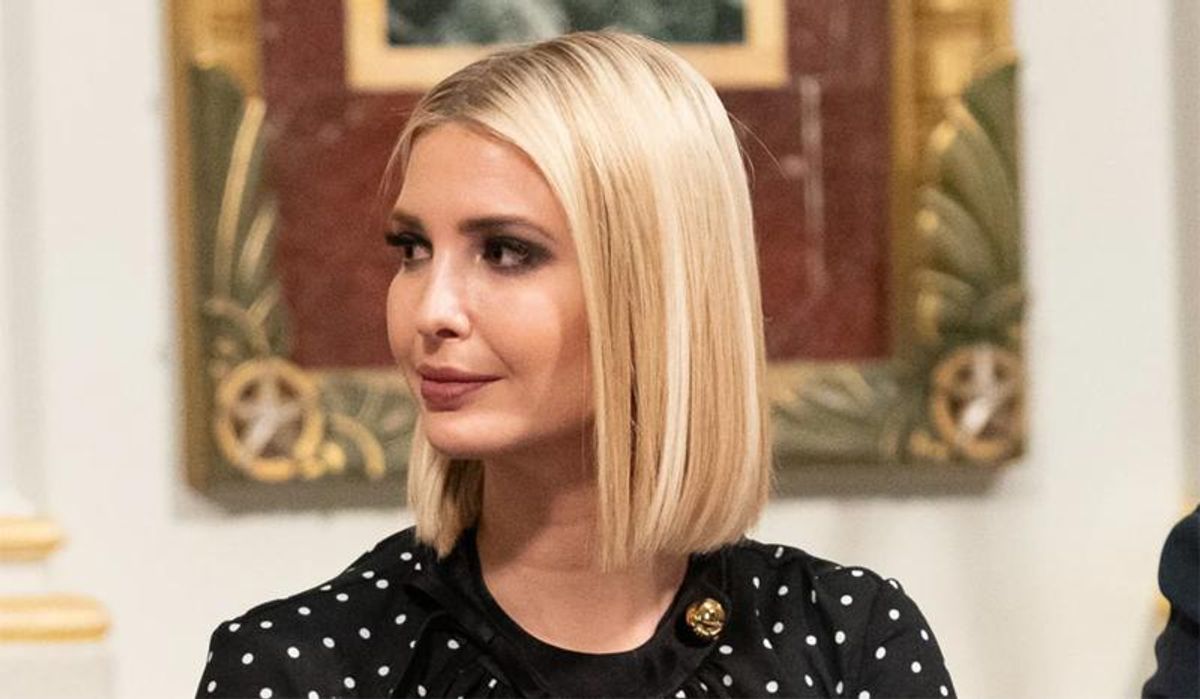 In a scorching piece for the Daily Beast, columnist Erin Gloria Ryan wrote that, in light of a Government Accountability Office (GAO) report on the one initiative former White House adviser Ivanka Trump touted as her crowning achievement working for her father, she is lowering her appraisal of the first daughter from "a deeply mediocre child of legacy wealth" to a run-of the-mill fraud.

According to the GAO, Ivanka's Women's Global Development and Prosperity Initiative is a complete mess that failed in its mission and there are questions about where some money went. The report stated, "There were at least 19 new women's empowerment programs launched in 2019 as part of the program, but Politico explained that 'there were extensive failures in both the targeting of the money, and the measurement of its impact.'"

Then she piled on.

"The embarrassing report made six harsh recommendations to USAID, among them 'identify the total funding,' define what women-owned businesses are, and make sure that the data reported on the program is reliable in the future. In some cases, according to the report, money was distributed to programs that never reported on how the funds were used. In other cases, the program sent surveys about fund use to the wrong people, some of whom didn't even work for the programs in question. In other cases, no follow-up surveys were sent to anybody at all," she wrote. "For all the self-congratulatory PR she was doing on her own behalf, Ivanka may as well have been shoving $5 bills into Coke bottles throwing them into the ocean, shouting 'help a woman!' after them as they crashed into the surf, before rushing off to a $1,000-a-plate 'female empowerment' gala to give a speech about how much empowering she just did."

The columnist suggested a slavish media helped build up Ivanka's program which turned out to be a disaster saying their breathless reporting "printed what essentially amounted to unedited press releases about Ivanka Trump's success as a global women's empowerment pioneer."

"It's not Ivanka's fault entirely that her signature piece of legislation appears to be shit. She didn't write the legislation. She wasn't a program administrator. And a bipartisan coalition of lawmakers from Lindsey Graham to Rep. Lois Frankel supported it," she conceded. "But it's fair to hold a person accountable for the program's failings, after that person milked publicity from the law like a greedy dairy farmer about to run afoul of PETA."

Ryan added, "Ivanka Trump has been hiding in Florida since leaving her fluffy white office in the White House in January. But if past is prologue, we can count on her reemerging onto the national or international stage at some point, trying once more to further the notion that she's got the solutions to centuries of global female oppression," before concluding, "She doesn't. She never has. She's a salesman selling charity to well-intentioned suckers."