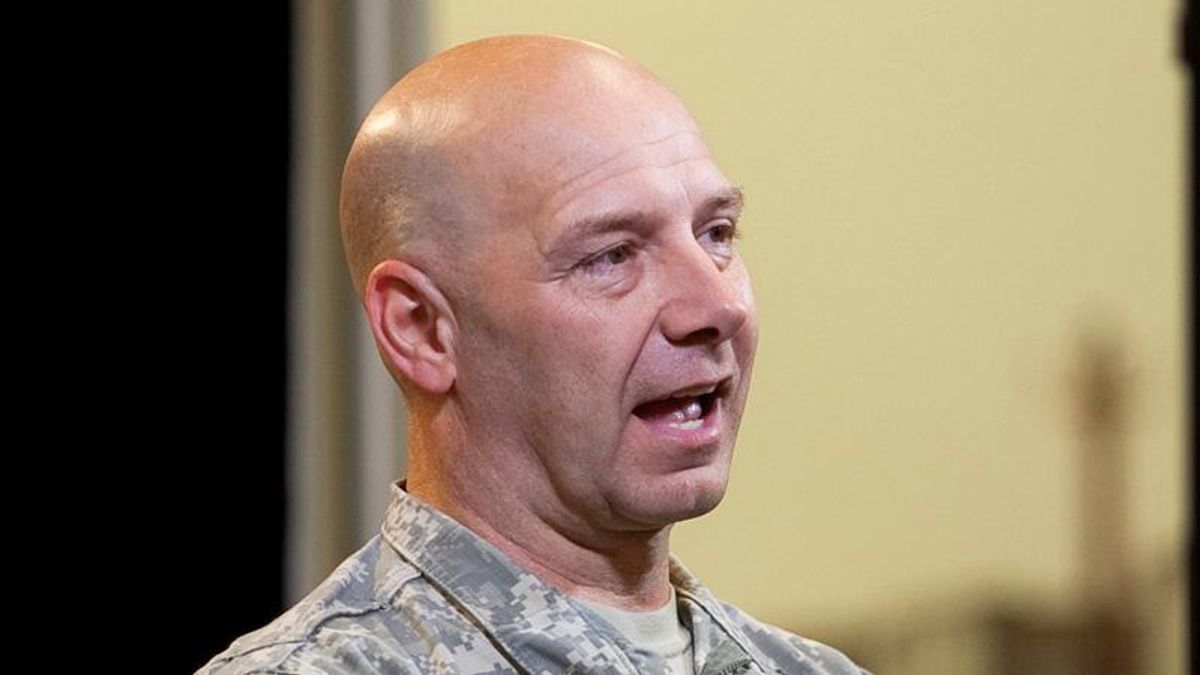 If the Keystone State has an equivalent of U.S. Rep. Marjorie Taylor Greene of Georgia, former Washington Rep. Matt Shea or U.S. Rep. Lauren Boebert of Colorado, it is arguably Pennsylvania State Rep. Doug Mastriano — a far-right Republican, evangelical Christian fundamentalist, conspiracy theorist and devotee of former President Donald Trump who relentlessly promoted Trump's false claims of widespread voter fraud in the 2020 election. Mastriano's extremism and its connection to Christian nationalism is the focus of an article written by The New Yorker's Eliza Griswold and published on May 9.

"In the past year," Griswold explains, "he has led rallies against mask mandates and other public-health protocols, which he has characterized as 'the governor's autocratic control over our lives.' He has become a leader of the Stop the Steal campaign, and claims that he spoke to Donald Trump at least 15 times between the 2020 election and the insurrection at the Capitol on January 6. He urged his followers to attend the rally at the Capitol that led to the riots, saying, 'I'm really praying that God will pour His Spirit upon Washington, D.C. like we've never seen before.' Throughout this time, he has cast the fight against both lockdowns and Trump's electoral loss as a religious battle against the forces of evil."

Mastriano, according to Griswold, "has come to embody a set of beliefs characterized as Christian nationalism, which center on the idea that God intended America to be a Christian nation."

Of course, there are millions of churchgoing Christians in the United States who aren't extremists and have nothing to do with the Christian Right or Christian nationalism. Some are Mainline Protestants, some are Catholics — and they get along fine with their Jewish, Muslim, Hindu or agnostic neighbors. But Christian nationalism is a strain of far-right fundamentalist Christianity that has found a home in the Republican Party, and not unlike radical Islamists in the Middle East, they believe that God is on their side. Yet Christian nationalists tend to be bitterly anti-Islam, failing to draw a distinction between peaceful Muslims and violent jihadists.

Mastriano, Griswold notes, "spread a conspiracy theory that Ilhan Omar, the Democratic congresswoman from Minnesota, directed fellow Muslims to throw a five-year-old over a balcony" and "encouraged the idea that the fire at the Notre-Dame cathedral in Paris was started by Muslims." And Griswold points out that Mastriano, who was elected to the Pennsylvania House of Representatives in 2019, has attended events by the extremist New Apostolic Reformation, although she says he has "denied working directly with the group."

Griswold says of the NAR, "Many members believe that God speaks to them directly, and that they have been tasked with battling real-world demons who control global leaders. Prominent members in the group go by the title 'apostle' or 'prophet' to hark back to early Christianity. The NAR.'s overarching agenda — to return the United States to an idealized Christian past — is largely built upon the work of the pseudo-historian David Barton, who has advanced the idea that America was founded as a Christian nation."

"As the effort to delegitimize the election heated up," Griswold explains, "Mastriano told his supporters on Facebook, 'You know, when things go wrong, oftentimes Christians will say, 'Oh, it's God's will,' and kind of throw their hands. That's nonsense. What a copout. Please don't do that. This isn't His will.' (Mastriano) appeared on Steve Bannon's radio show, 'War Room,' as well as on a right-wing Christian show called 'The Eric Metaxas Radio Show,' during which Trump called in and said, 'Doug is a hero!' In Pennsylvania, Mastriano supported a barrage of lawsuits and a bid to appoint special electors."

On January 5, the day before far-right extremists violently attacked the U.S. Capitol Building, Mastriano told his supporters that Republicans "were in a death match" with Democrats. And Tim Kearney, a Democratic Pennsylvania state senator, has called for an investigation of Mastriano's role in the Capitol insurrection. During a Zoom meeting, Kearney said of Mastriano, "If you call for a death match with your political opponents, you cannot be surprised when people turn to violence."