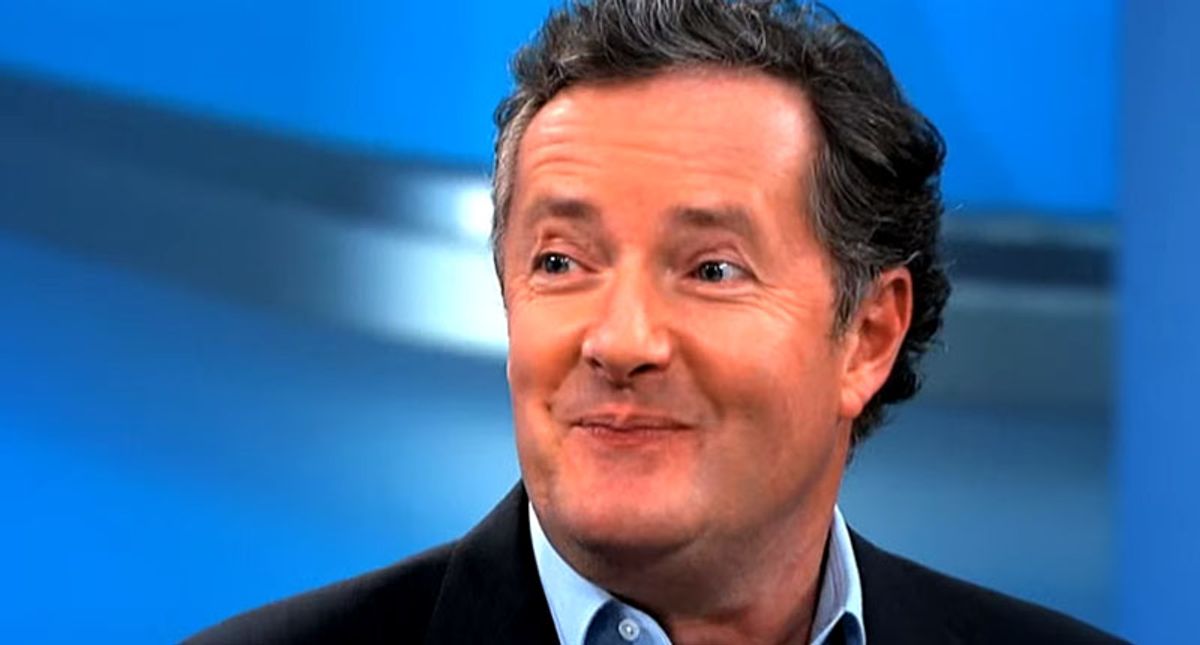 "The Duchess of Sussex, in this case, is absorbing nearly all of the body blows from American right-wingers, Fox News personalities, and steadfast Trumpists—mainly for the mixed-race former television actress' revelation of prejudice among her relatives-by-marriage (although the virulent racism of Queen Elizabeth's first cousin-by-marriage, Princess Michael of Kent, the daughter of a Nazi SS officer, has long been a matter of public record). For instance, an article posted Monday morning by the right-wing clearinghouse RedState effusively praised vicious Meghan troll and Donald Trump pal Piers Morgan, whose prime-time talk show years ago on CNN ended in tears, noting "that when it comes to his positions on the mewling and foot-stomping of social justice advocates and the eye-roll worthy self-victimization of some of the most privileged people in the world, he's spot on." Morgan, the blustery co-host of Good Morning Britain, has been brutal on Meghan both on TV and in print," he explained.

Morgan wasn't the only right-wing figure defending the crown and criticizing Markle.

"Trump acolytes Ric Grenell and Charlie Kirk, both prized guests on Fox News, likened Markle to another Black actor, Jussie Smollett, who fabricated a story to the cops about being attacked on the street by MAGA supporters," The Beast reported. "While another Meghan—McCain—professed sympathy for Markle on The View, her husband, Federalist editor Ben Domenech accused the Duchess of being a liar."