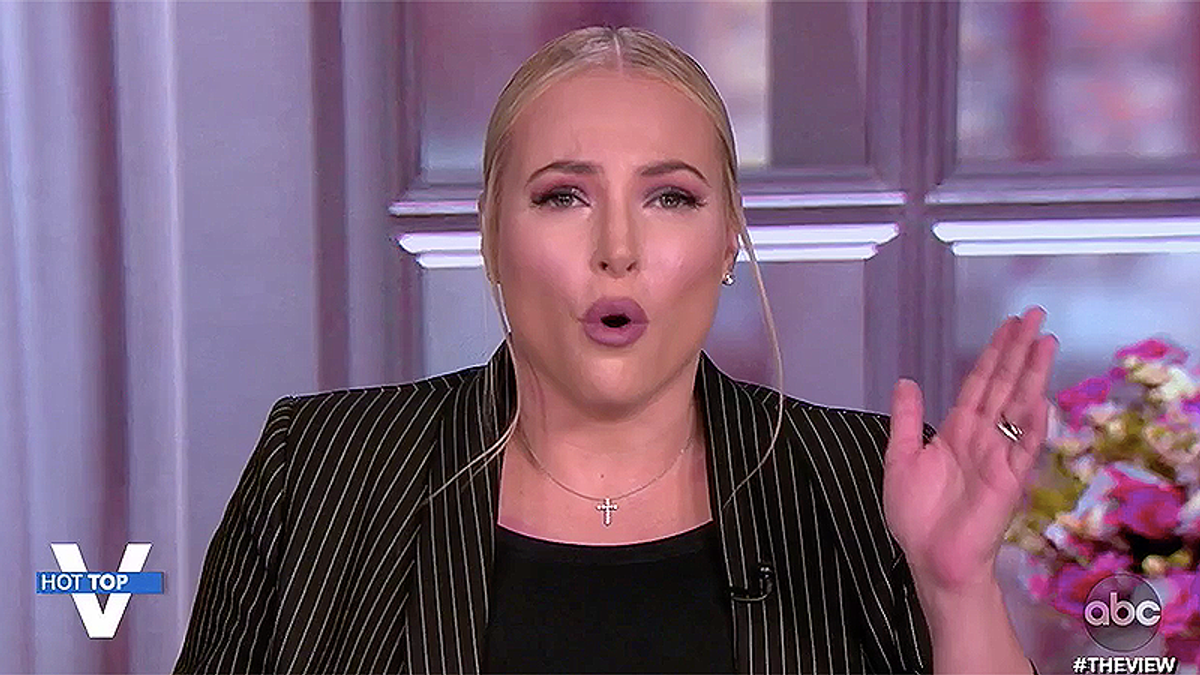 The co-hosts of "The View" were all furious at Republican Minority Leader Kevin McCarthy (R-CA) for bungling the situation with Rep. Marjorie Taylor Greene (R-GA) and Minority Whip Liz Cheney (R-WY).

Wednesday evening the GOP Caucus voted by secret ballot not to remove Cheney from the leadership post for voting to impeach former President Donald Trump. The vote was overwhelming with 145 members supporting her and 61 against.

"To me, it looks as if it's still the Trump party," said Joy Behar. "She's not stupid, this MTG person. She tweeted that she went to visit Trump, and that really scared the bejesus out of all these lame-o's in the Republican congress there, scared that they would lose their jobs, and, you know, that's the way it goes."

She went on to say that the private apology isn't the way it works.

Conservative Meghan McCain agreed, saying that she too doesn't think the so-called "private apology" is what is warrented.

"What Joy was saying about Greene of her apology in private is 100 percent correct," she said. "If you want to apologize for all the garbage and bile that you have said and then put our party through at the same time, do it publicly, and Kevin McCarthy, you let Liz Cheney vacillate until the 11th hour, and then at the 11th hour said, 'Oh, okay. We should rally behind her.' He had plenty of ample opportunities to do this over the last few weeks and he decided not to! The idea that he came in and saved Liz Cheney is something that I personally don't go for."

McCain also said that what the vote for Cheney shows her is that the GOP is still not the Matt Gaetz party, they're cowards.

"What that says to me is there's a lot of people going on TV saying different things, then they're privately voting, and it was a private vote," McCain said about members saying one thing and then doing another behind closed doors. "It is a bizarre time to live in, and there's validation for people in the party, the vast majority for Congress that says that the QAnon Marjorie Taylor Greenes are not here, and that it's okay to vote for impeachment, and Liz Cheney did nothing wrong, and she's a valued member of leadership, but they're doing it privately, but not publicly. That is such severe cowardice."

She closed by saying that 30,000 people left the Republican Party after the Jan. 6 attack and that it may not sound like a lot of people but that there are "a bunch of Republican voters who are not going to get on board with this QAnon crap that Marjorie Taylor Greene is spewing, that don't want the era of Trumpism anymore."

The problem, however, is that this week's poll from Axios revealed that most Republicans support Greene over Cheney. As McCain said, 30,000 of those Republicans want nothing to do with the GOP anymore and likely aren't included in that sample. What is left of the GOP voters appears to be the Trump party.