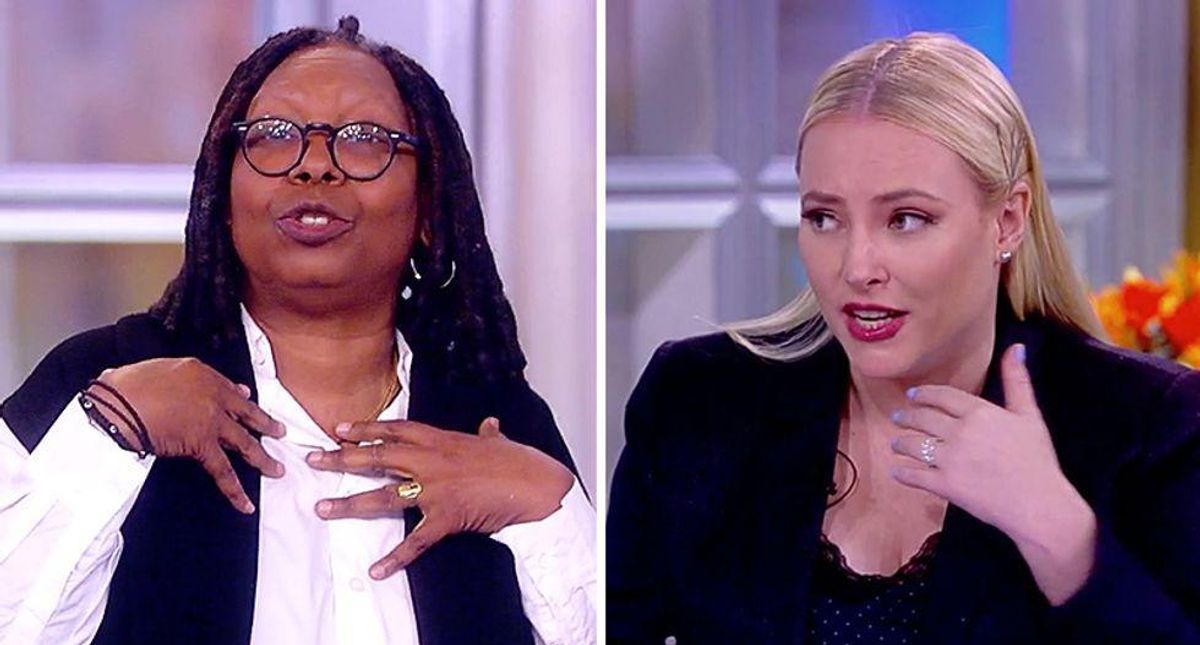 Another altercation broke out between "The View" co-hosts Thursday when Whoopi Goldberg clashed with Meghan McCain over President Joe Biden snapping at CNN reporter Kaitlin Collins in his press conference after the meeting with Vladimir Putin.

Collins had put words in Biden's mouth, which seems to be a pet peeve of Biden's. She asked Biden why he's "so confident" Putin will do what they agreed to. Biden said that he never said he was confident.

"I'm not confident he'll change his behavior. What in the hell?" Biden said turning back to Collins. "When did I say I was confident? What I said was — let's get this straight — what I said was what will change the behavior is the rest of the world to them and diminishes their standing in the world. I'm not confident of anything. I'm just stating the fact."

"I owe my last questioner an apology. I shouldn't have been such a wise guy with the last answer I gave. To be a good reporter you have to be negative at life. You are the brightest people in the country, but [it] makes no sense for me to negotiate with you," Biden said to those insisting that his demands of Putin would fail.

"I apologize for having been short," he then added.

Collins said on air with CNN that she appreciates the apology but that it was completely unnecessary because it's her job to ask questions that get a reaction.

McCain lashed out at Biden saying he looked awful because he did it on foreign soil. She called it "very Trumpy behavior."

"After he apologized he went on Air Force One and continued to talk smack saying you guys never want to give me any levity. You always want to be negative," said McCain, incorrectly placing Biden still ranting on the plane. He actually made those comments on the tarmac as his explanation of why he hates the negativity and wants to remain optimistic and realistic.

"To just comment on that, yeah, the thing that I never saw Trump do was apologize to anybody. I will take it," said Goldberg before McCain cut in.

"With all due respect, I don't care," she said.

"With all due respect, I don't care if he's apologizing," McCain reiterated.

"I don't care that you don't care," said Goldberg.

"Well, good, Meghan. You can be how you always are," Goldberg said.

"You can be how you always are!" McCain snapped back.

Goldberg threw it to commercial.