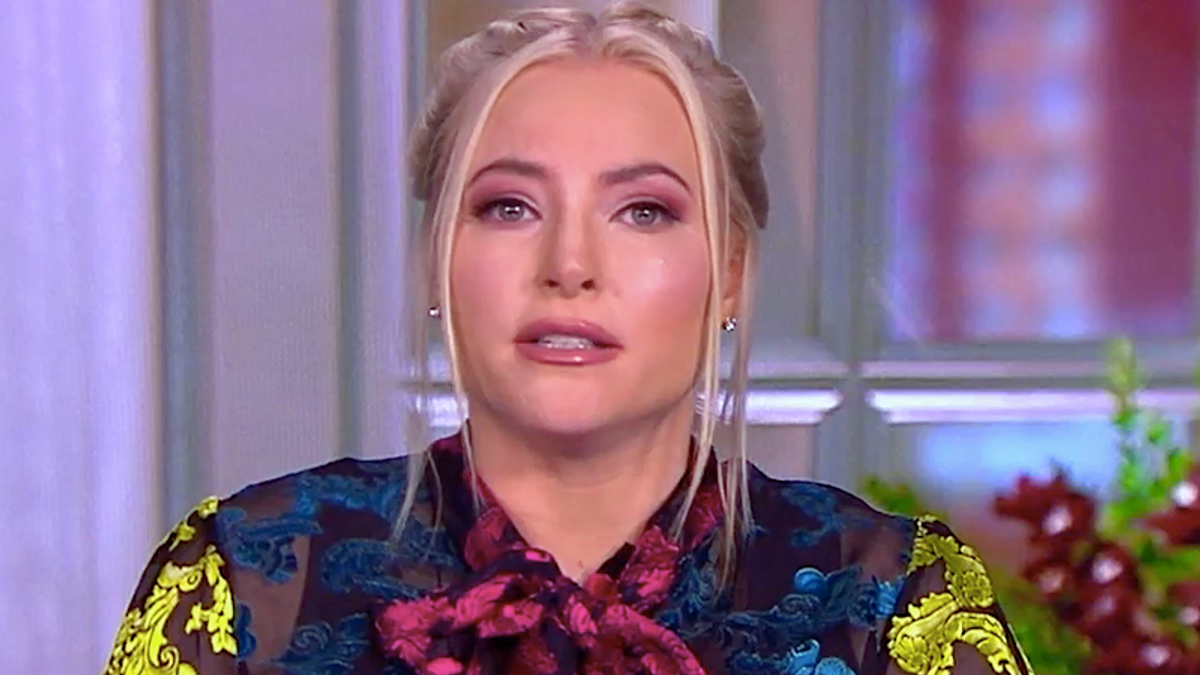 Meghan McCain on The View. (Screenshot)

"The View" co-host Meghan McCain was shaken to her core by a new poll showing Republican support for President Donald Trump after an attempted coup at the U.S. Capitol.

McCain called on her fellow Republicans like Rep. Jim Jordan (R-OH) to act more responsibly about Trump's baseless allegations of election fraud, which provoked an angry mob of supporters to attempt to disrupt the congressional certification of Joe Biden's victory, but she admitted to understanding less about the current situation than she'd thought.

"Republicans really need to start putting their money where their mouth is," McCain said. "If we're asking for unity, we have to start using the rhetoric of unity in good faith. Why is [Jordan] doing this, is the question. So the answer is very simple. There is a Politico-Morning Consult poll that came out today that said 40 percent, four-zero percent of Republicans still said after the riots said they want Donald Trump to be the nominee in 2024. That is still a hugely substantial number."

"I will candidly say I am shocked by that number," she added. "This is maybe the first time in my career that I really do feel like my tone of the zeitgeist of where Republicans are at isn't where the populist wing is. You asked me last week on the show if I thought there would be a Trump faction of the party. I think we are heading fast and strong to having the Republican Party and then the Trump 'America First' Party coming up, and it's flabbergasting to me."