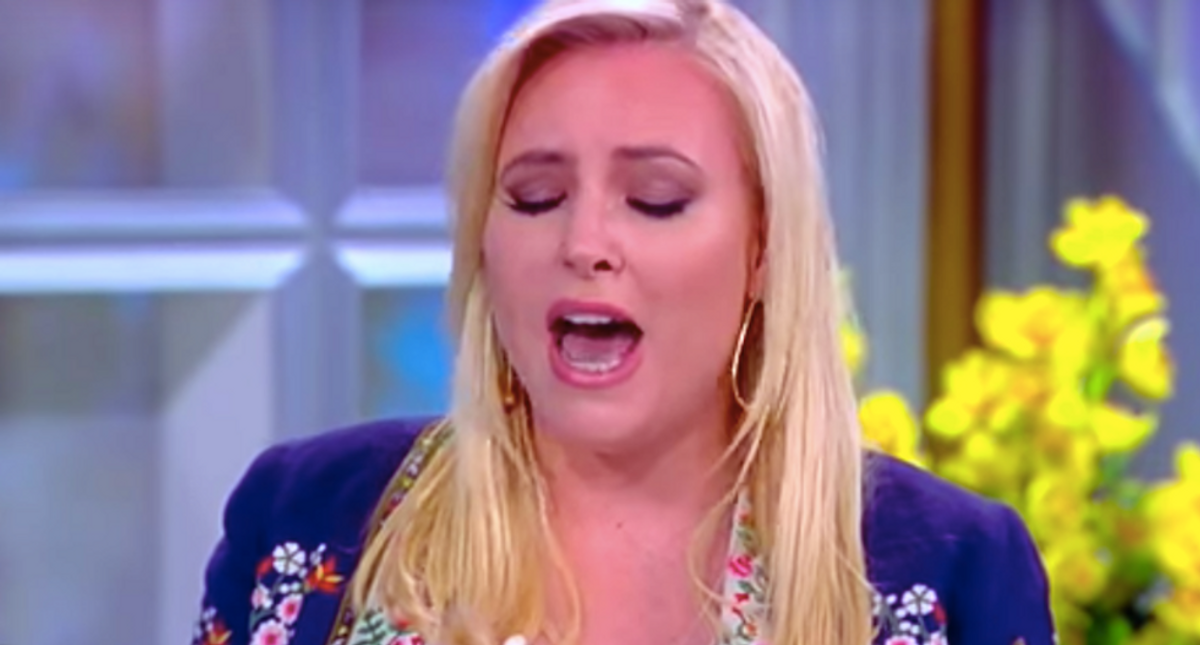 It was a topic that sent many online to ranting against McCain for attempting to impose her religious beliefs on the will of the people, which is unconstitutional. They also called her out on the hypocrisy of the church, which has seen a dramatic decrease in church attendance over the past decade.

@jentaub Now let's roll the tape of Meghan McCain saying the same thing about all the Catholic politicians who supp… https://t.co/SStTuf5QU4
— Scott the Lawyer (@Scott the Lawyer) 1624292620.0

@MeghanMcCain Death penalty is fine with you. Pro life?! Only when it suits you
— Kimsinphoenix (@Kimsinphoenix) 1624292511.0

@JJohnsonLaw @MeghanMcCain And after that, do child separation. And pedophilia.
— Norman Ornstein (@Norman Ornstein) 1624292506.0

So Meghan McCain does not believe in the Separation of Church and State. Not surprised. #TheView https://t.co/d0YiD8HNLx
— Tracy Ealy (@Tracy Ealy) 1624292527.0