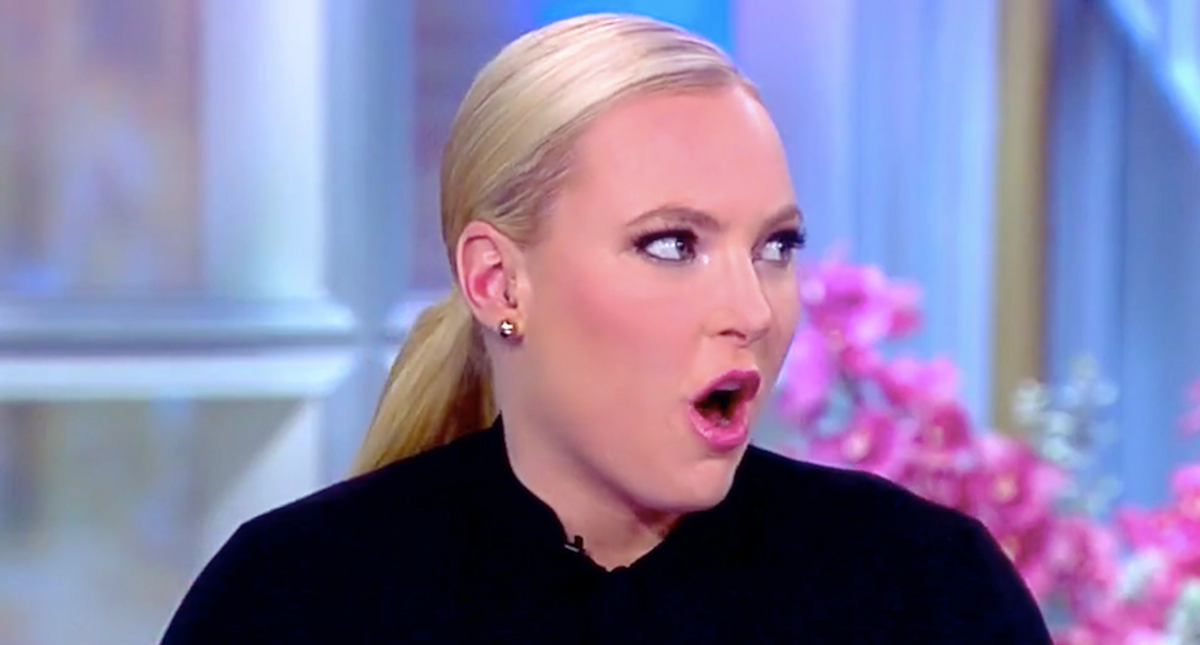 "The View" co-host Meghan McCain posted a message of support for Asians in America on Thursday after a string of shootings left eight people dead in Atlanta, but other social media users pointed out she helped contribute to the climate of hate.

A Georgia man fatally shot six Asian women, killed two other people and wounded a man during a violent rampage at three massage parlors on Tuesday. McCain joined many Twitter and Facebook users in speaking out against anti-Asian bigotry that has spiked since the coronavirus pandemic began last year.

But many other social media users noted that McCain, exactly one year ago, had defended former president Donald Trump for calling COVID-19 the "China virus," which many saw as a slur against Asian people -- and serves as a category for reports on the coronavirus on her husband's Federalist website.

"I agree with you that I think if the left wants to focus on P.C. labeling this virus, it is a great way to get Trump re-elected," McCain said on the March 18, 2020, episode. "I don't have a problem with people calling it whatever they want. It's a deadly virus that did originate in Wuhan."

"I don't have a problem with it, and I think China, had they acted right away, and we had more access to information, maybe it wouldn't have gotten to the place that it is," McCain continued. "That doesn't mean that we should be, in any way, stereotyping."

Co-hosts Whoopi Goldberg and Sunny Hostin objected to her comments, and McCain, in the show's early days of remote taping in response to the pandemic, complained that she couldn't tell who was "yelling" at her, and she again defended Trump's language.

"It's effective," she said.

Yeah your husband is a white nationalist. You might want to sit this one out.
— shahofblah (@movingtowards) March 17, 2021

How often have you condemned those who use racist slurs to associate Asian Americans with COVID-19?
— Decatur Tenant Association (@DecaturTenant) March 17, 2021

You said you didn't have a problem with Trump or anyone, calling it the China virus or whatever. Do you feel at all, a little guilty? Words matter!!
— Karen Phillips Hyatt (@KarenPhillipsH7) March 17, 2021

This is what you get when Republicans keep calling the COVID19 the 'CHINA VIRUS'. @MeghanMcCain
— Leo Rietdijk (@DieterLeo) March 17, 2021

do u remember this, when u said china lied and people died, in response to covid? its talk like that from last year, is why so many republicans hate asian american's today. so i find it funny ur slapping a pic of #stopasianhate on ur page https://t.co/ItYYthk8JH
— My360Nation (@npcj3600) March 17, 2021