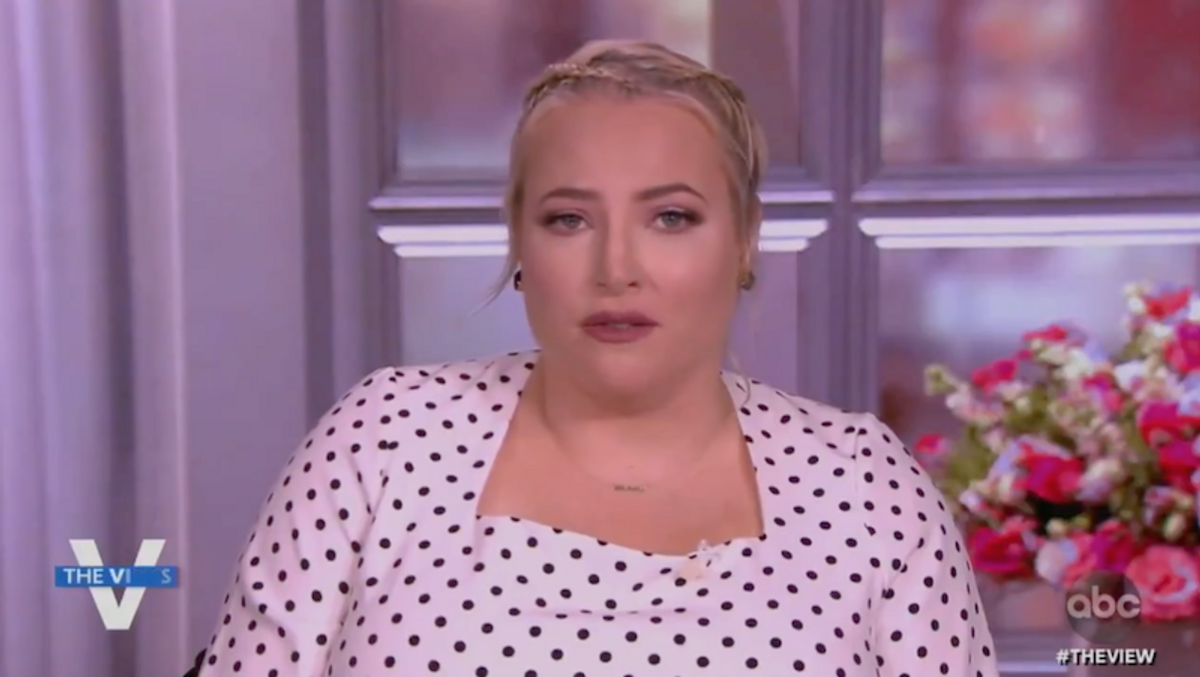 The View co-host Meghan McCain came under fire Monday after defending Fox News by saying she hasn't heard anyone at the network discourage people from getting vaccinated for COVID-19.

"I wish we could all come together on it, but I was watching 'Fox & Friends' this morning. Steve Doocy said get the vaccine," McCain said, during a discussion about who's to blame for rising COVID cases.

"'Fox & Friends' is like the mothership of MAGA media, and if someone like Steve Doocy is warning people to get the vaccine, I think that's effective," she added. "Not everybody on Fox News is saying don't get the vaccine. I actually haven't heard anyone say that, but maybe I'm just misinformed."

Co-host Sunny Hostin responded by pointing to a Media Matters study which found that between June 28 and July 11, Fox News aired 129 segments about coronavirus vaccines. Of those, 57 percent included claims that either undermined or downplayed immunization.

"When you look at the stats, Fox News has played a key role in disseminating anti-vaccine propaganda," Hostin said.

This is the clip @MeghanMcCain was referring to. Conveniently, she left out the Kilmeade parts. She did this becaus… https://t.co/cXHBLfLqSG
— Ted Bear (@Ted Bear) 1626708041.0