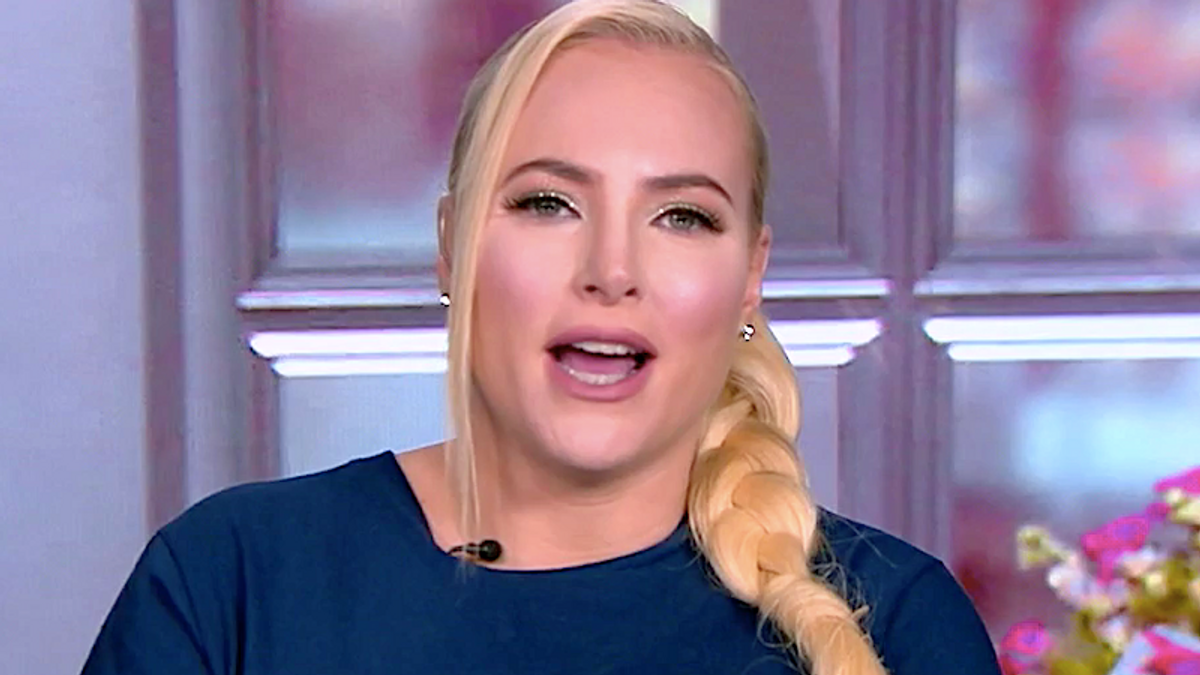 On Monday, The View's Meghan McCain triggered outrage when she demanded that President Joe Biden fire Dr. Anthony Fauci because she hasn't been able to get her COVID-19 vaccine yet.

Writing for The Washington Post, Daniel Drezner argued that the net effect of McCain's behavior could actually be positive, in a roundabout way: by convincing people suspicious of the vaccination drive that it's safe if celebrities and politicians want to cut to the front of the line.

"Amid fierce debates about whether the U.S. is in decline, the hard-working staff here at Spoiler Alerts is shocked and appalled at the dearth of American celebrities and wannabe celebrities not trying to get the vaccine ahead of senior citizens," wrote Drezner. "Where is Jennifer Lopez when the country needs her? Her beau Alex Rodriguez is familiar with cheating — shouldn't he be trying to get his hands on a vaccine? Why is Cardi B respecting the rules of the game?! If Kim Kardashian can jet her friends to a private island getaway for her 40th birthday and then tweet about it, why can't she jet them to a vaccination center?"

If people get outraged about this, wrote Drezner, that would position them to be more willing to get the vaccine when the supply increases and it becomes available to everyone.

"Axios' Bryan Walsh reports on a recent survey showing an overwhelming majority of the population can be persuaded to take the vaccine," wrote Drezner. "The most resistant groups are system distrusters — 'more likely to be minorities' — and conspiracy believers — 'who tended to be Republican and had little fear of COVID-19 itself. They often subscribed to more outlandish and harmful theories about vaccines.'"

"We need more scandalous behavior beyond McCain. I want to see rumors swirl that Tucker Carlson has already been vaccinated. Or that there's a secret vaccination green lounge in the CPAC conference later this week. If conspiracy theorists cannot be dissuaded from theorizing, perhaps that tendency can be exploited," concluded Drezner. "So thank you for getting the ball rolling, Meghan McCain. I only hope that the Steve Bannons, Tiffany Trumps and Laura Ingrahams of the MAGA mediaverse follow in your wake and demand to jump the queue."