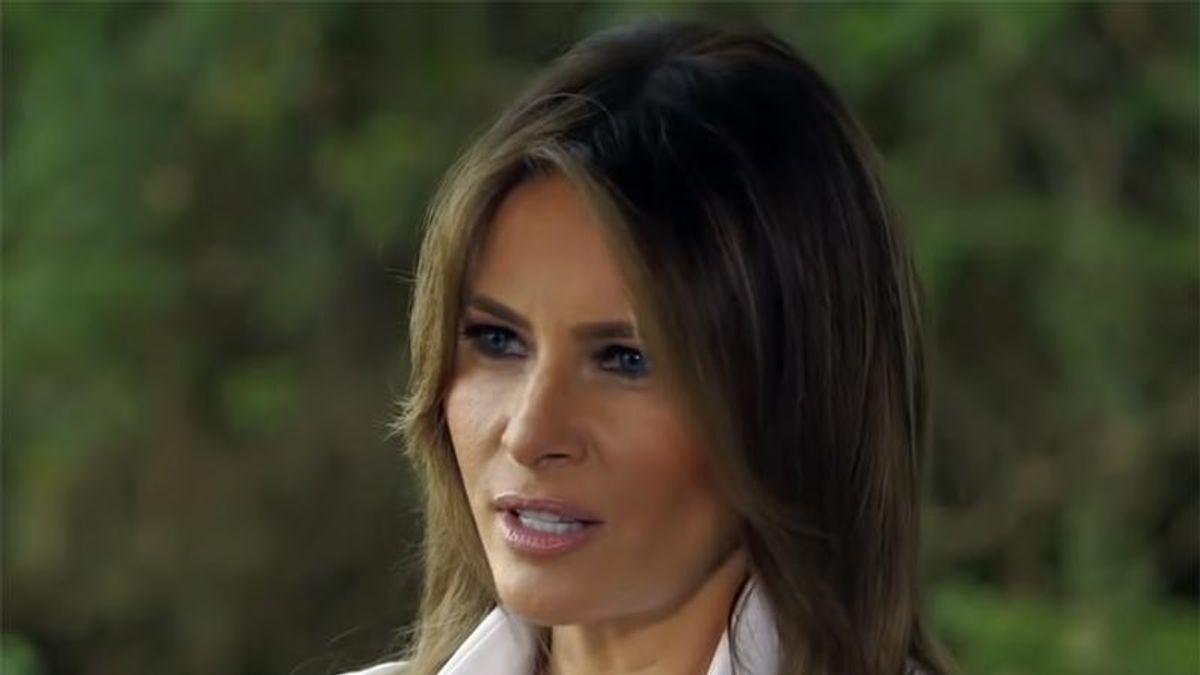 According to a report from CNN, while fanatical supporters of Donald Trump were storming the halls of Congress in an effort to stop the certification of former Vice President Joe Biden's presidential win, first lady Melania Trump was busy hosting a photoshoot at the White House -- reportedly for a book she hopes to publish after she departs Washington, D.C.

On Wednesday, Trump spoke at a "Stop the Steal" rally and encouraged the crowd to march to the U.S. Capitol where lawmakers were doing the official count of the Electoral College votes.

That march ended with supporters of the president overwhelming Capitol Police and breaking into the building, which sent Democratic and Republican lawmakers -- as well as staffers -- fleeing the extremists, who proceeded to trash the place.

While this was going on, CNN reports the president's wife was engaged in the photoshoot in the East Wing where she exhibited various items to be photographed and filmed.

The report states, "Professional lighting, the sort used for photography and videography, could be seen through the windows of the White House."

A source told CNN, "Photos were being taken of rugs and other items in the Executive Residence and the East Wing," with CNN adding, "Trump -- who, as CNN has reported, has expressed interest in writing a coffee table book about decorative objects she has amassed and had restored in the White House -- was overseeing the photo project, said the source, with her remaining time in the White House dwindling."

The report pointedly added, "Just blocks away, domestic terrorists were swarming the US Capitol in a riot that her husband had incited earlier that day at the rally. While images of the mob breaking into the Capitol consumed the airwaves, the first lady was focused -- with the White House chief usher, Timothy Harleth -- on getting the shoot completed."

According to The Cut, "Trump is said to be toying with writing a photo-centric coffee table book about White House hospitality history, or one perhaps centered on the design projects she has completed while first lady, according to a source in the publishing industry familiar with preliminary discussions."