'She needs to be held to account': CNN panel buries Melania Trump for enabling the worst of her husband 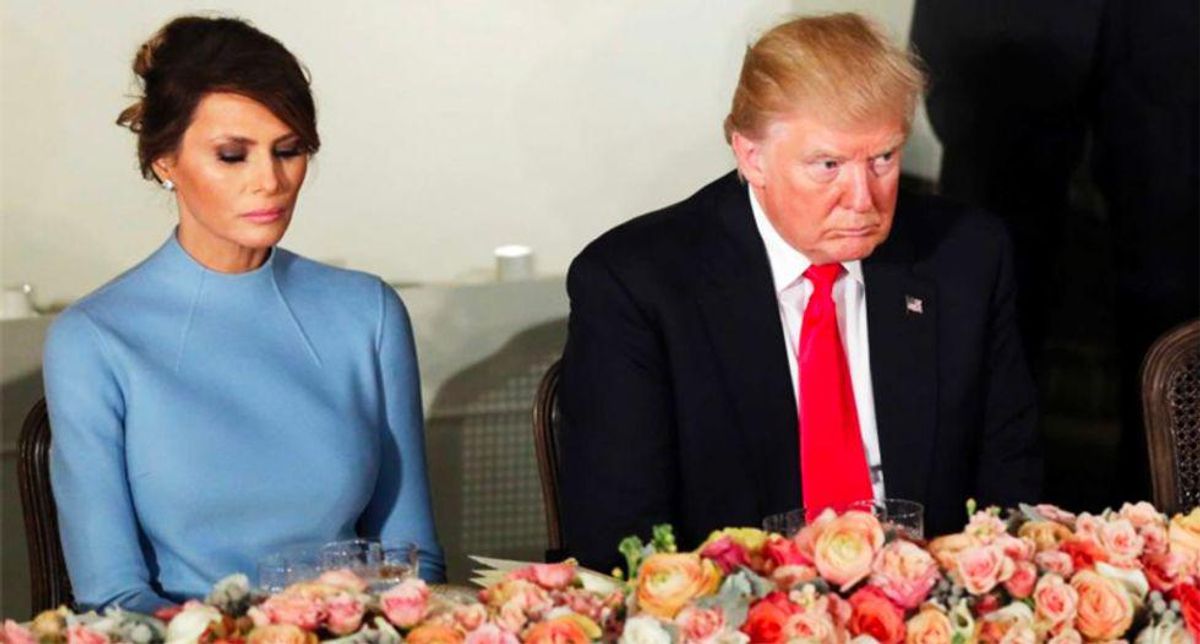 Reacting to new revelations about Donald Trump's White House from Melania Trump's former spokesperson, Stephanie Grisham, the panel on CNN's "New Day" Monday morning said the slow drip of information about how the first lady conducted herself for four years should lead to a reappraisal of her image.

In a book to be published on Oct 5th, Grisham compared Melania to Marie Antoinette, with her former spokesperson agreeing that she was "like the doomed French queen. Dismissive. Defeated. Detached," reports Politico.

Addressing the revelation that Melania wanted nothing to do with condemning the Jan 6th Capitol riot while it was happening, CNN's Kasie Hunt, explained, "Well, it's clear, too, that she knows the power of sending a message. She used her clothes to send messages -- we all saw that. And the idea that there isn't a role for her because I know you [CNN's Kate Bennett] confirmed this reporting and Stephanie Grisham's new book, she wasn't necessarily asking her to tweet, 'Oh, my husband didn't win the election - stand down,' they were trying to get her to say, everyone has a right to protest but no one has a right to be violent."

"It was not a political statement, it was just stand down, don't be violent," Hunt elaborated. "And you know, I spoke to one of the cops who was on the front line during the insurrection and the reason they wanted people to do things like this inside the White House is because these insurrectionists were only listening to the Trumps. The cop on the front said, 'look, man, I've been a Republican my whole life. I'm a cop, you have to stop' and the insurrections said back to him, 'I'm only going to do what Trump says and Trump has to say it.' That's why this is so critical in context here."

As the segment wrapped up, "New Day" host John Berman interjected with a commentary on Melania's four years as first lady.

"Silence is acquiescence," he bluntly stated. This was a choice that Melania Trump made. It was a choice to engage or support, I suppose, the big lie. And it's also not out of place, right?"

"This is someone who despite I think sort of being first lady, she dabbled in birtherism, too, beforehand," he added. " She needs to be held to account for the choices that she makes."