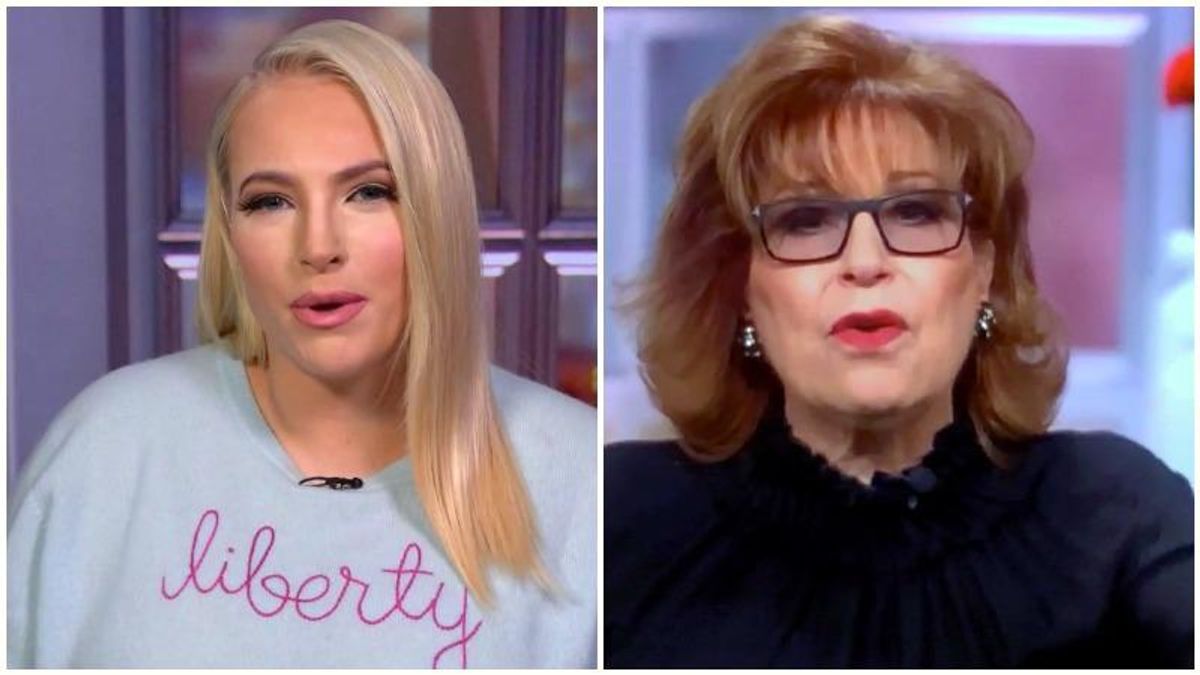 "Look, D.C. -- it's not an exaggeration to say it looks like a war zone right now," said co-host Meghan McCain. "I mean, this might as well be Baghdad, more U.S. troops present here than Iraq, Afghanistan and Syria combined. Everyone's definition of making America great, I don't know who they are. President Trump is leaving office with the lowest approval ratings of any modern president in history, worse than President Nixon or President Carter, currently at 29 percent. Carter was at 33 percent when he left."

"By all accounts, he's leaving as a failure in a lot of ways despite the amount of policies he's enacted that I thought were good and productive, but ultimately, I think, historically we'll look back at this administration with a deeply harsh eye," McCain added. "I just think of some words that my dad used to say, 'God may have mercy on his soul, but I don't know if the American public will,' because the way we're leaving right now and the tenor that it's going, I guess can we hope for the future. Leaving America and particularly our beautiful capital that is symbolic of the blessings of democracy and a pinnacle for, you know, as Ronald Reagan said, shining city on top of the hill that was once an inspiration for the rest of the world to leave it looking like a war zone will be his legacy."

"I will miss these two like I miss PMS and hot flashes," Behar said. "Okay, good-bye, don't let the door hit you. So that's No. 1, but I think Melania is a very interesting case. We don't know that much about her. She has a 42 percent favorability. Laura Bush, in contrast, had 56 percent. Is she as bad as Trump? That's what people want to know. Is she's an active co-conspirator? Does she agree with him? Is she afraid of him?"