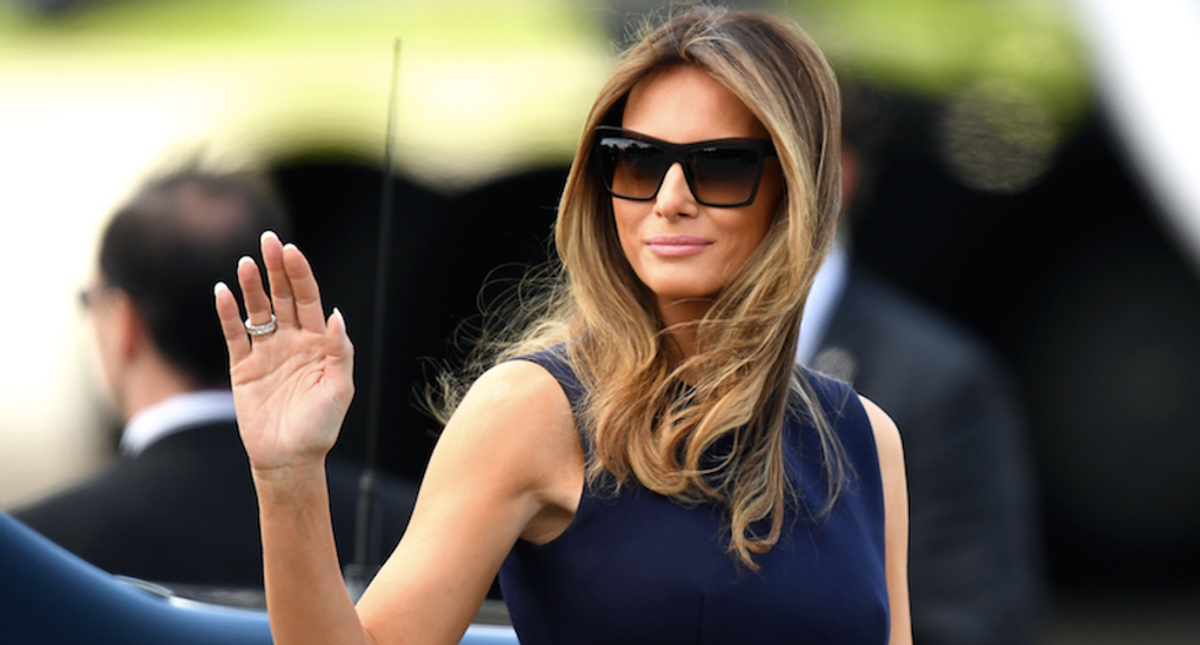 As part of a deep dive into the post-White House life of former first lady Melania Trump, CNN notes that the she opened up an "Office of Melania Trump" at Mar-a-Lago last February that would reportedly be used to promote initiatives and charity events.

And nothing has happened since.

As CNN Kate Bennett reported on Sunday, Melania has no interest in returning to the White House and has indicated that she wouldn't lift a finger to help Donald Trump get re-elected, so don't expect her to hit the campaign trail with him should he run again in 2024.

Instead, Bennett reports, Melania is happy to return to the life of privacy she lived before her husband thrust her into the national spotlight as a first lady against her wishes.

After four years in the White House, the former first lady has retired to their Mar-a-Lago resort where it was announced that she would open an office with several employees to help her promote any initiatives she wanted to get behind.

However, as Bennett reports, the office seems to have gone silent.

"In February she announced the opening of her office, which three people with knowledge say is currently operating from Palm Beach with a staff of two to three full-time employees, two of whom held jobs in the Trump White House. The introduction of Trump's official post-White House endeavors came via a February tweet from the office, stating, 'Mrs. Melania Trump is announcing the opening of The Office of Melania Trump. Please follow this account for news and updates,'" Bennett reports.

She then added, "Since then, the account has been a string of throwbacks and thank you's, with no announcements on any ongoing initiative objectives, policies, charity events, speeches or public appearances."

You can read more about Melania here.