BUSTED: Melania Trump lifted portions of her Capitol riot statement from her own RNC speech 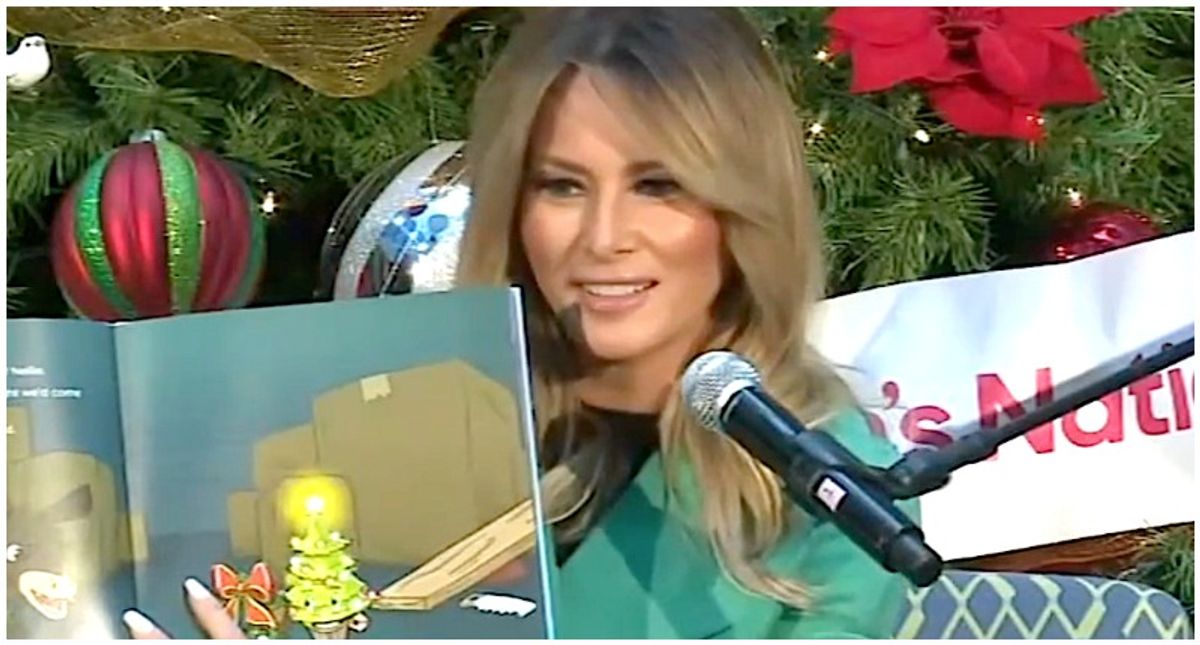 First Lady Melania Trump was caught lifting at least one portion of her Republican National Convention speech and using it for a statement about the Capitol Hill riots that were inspired by President Donald Trump.

The first lady made the statement in a release on the White House website. In the statement, she complained that she had faced criticism in the aftermath of the failed insurrection.

"I am disappointed and disheartened with what happened last week," she said. "I find it shameful that surrounding these tragic events there has been salacious gossip, unwarranted personal attacks, and false misleading accusations on me – from people who are looking to be relevant and have an agenda."

CNN correspondent Kate Bennett pointed out that Melania Trump had plagiarized at least one section of the statement from her 2020 RNC speech.

"The common thread in all of these challenging situations is American's unwavering resolve to help one another," she was quoted as saying in both transcripts.

New: It appears @FLOTUS has copied parts of her statement today from ... herself. Significant similarities between statement today and her RNC speech from August: pic.twitter.com/S2V8YHIcuZ
— Kate Bennett (@KateBennett_DC) January 11, 2021

In 2016, Melania Trump was accused of plagiarizing parts of that year's RNC convention speech from former First Lady Michelle Obama.