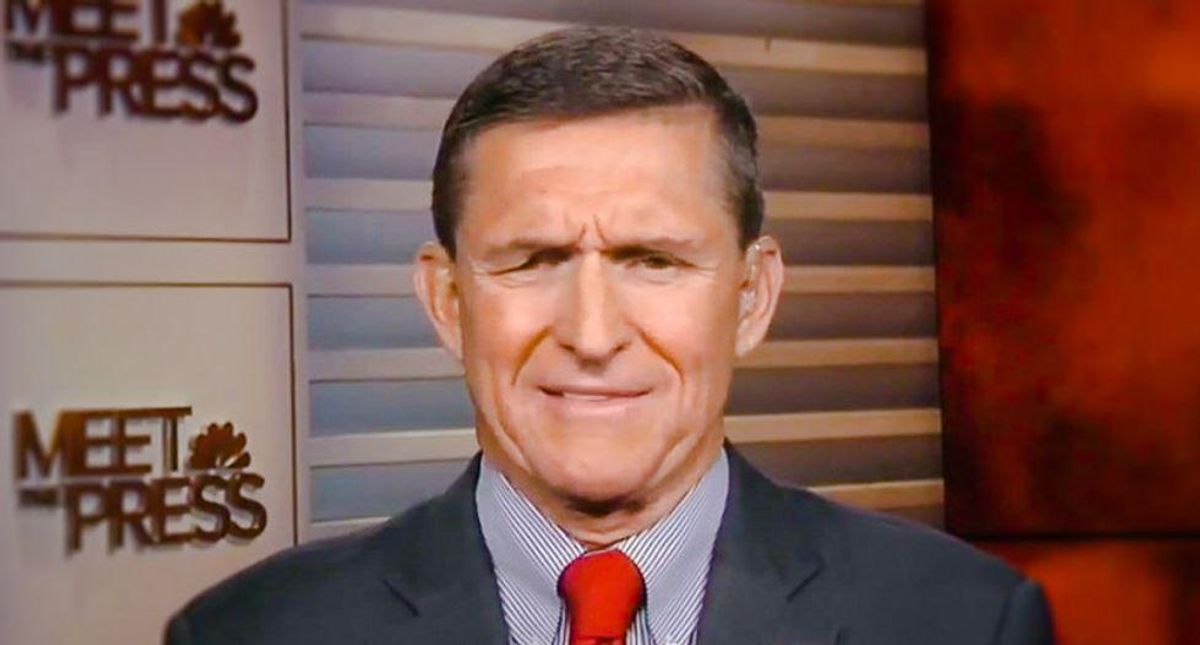 Former Donald Trump national security adviser Mike Flynn shocked many observers over the weekend when he called for a Myanmar-style military coup in the United States.

Patrick Chovanec, an adjunct professor at Columbia University's School of International and Public Affairs, buried Flynn for pushing for a military coup in his own country while also highlighting the horrifying reality that has engulfed Myanmar ever since its military overthrew its civilian government.

"More than 700 people have been shot dead following Myanmar's military coup," he wrote on Twitter Monday morning. "This is what Trump's former National Security Advisor, General Michael Flynn, yesterday said 'should be happening' in the US to overturn the election."

He then linked to a BBC article that profiled some of the people who have been killed by Myanmar's military regime, including a 14-year-old girl who posted pro-democracy videos to TikTok and wound up getting fatally shot by military police in her own home.